Crystal Palace goalkeeper Wayne Hennessey made a hash of clearing a hopeful ball forward, allowing Jermain Defoe to slot into an empty net 10 minutes and give Sunderland the lead from the final whistle.. 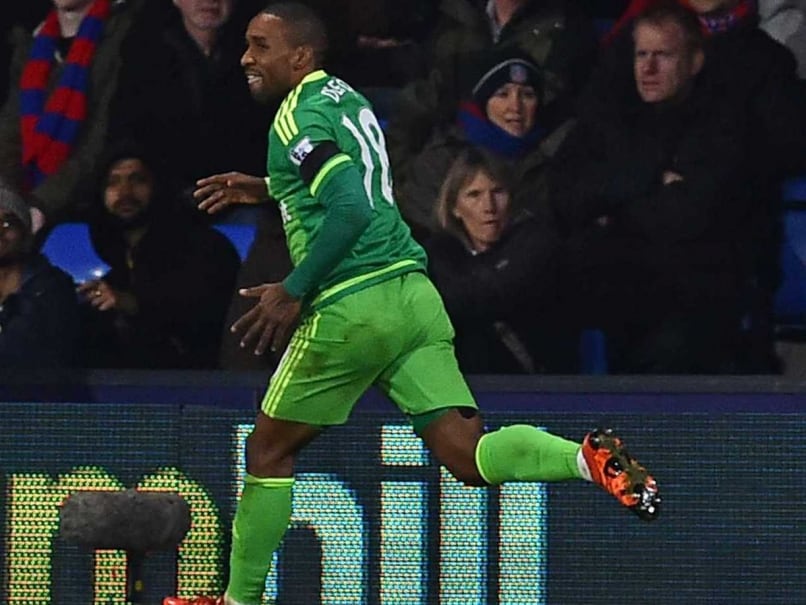 Jermain Defoe boosted Sunderland's bid to escape the Premier League relegation zone as he pounced on a defensive howler to snatch a 1-0 win at Crystal Palace on Monday.

Centre-back Scott Dann and goalkeeper Wayne Hennessey made a hash of clearing a hopeful ball forward, allowing Defoe to slot into an empty net 10 minutes from time in south London.

Sam Allardyce's side won for just the second time in the league this season thanks to the former England international.

The Black Cats move above Bournemouth into 18th place and they are only one point and one place behind arch rivals Newcastle, who sit just above the bottom three.

It was a much-needed result for Sunderland, who had suffered two successive defeats, including a 6-2 thrashing at Everton, since claiming their first league win of the campaign -- and their first since Allardyce replaced Dick Advocaat -- against Newcastle last month.

The only downside of Sunderland's first away league win since May was a leg injury to Defoe that forced the ex-Tottenham star to limp off soon after his winner.

A scrappy first half saw Defoe go close when he fired narrowly off-target from 12 yards.

The Black Cats opened the second half the stronger, but were denied when Palace midfielder Yohan Cabaye cleared Sebastian Coates's header off the line.

Allardyce's side wasted a fine opening when Jeremain Lens shot straight at Hennessey.

But they took the lead in the 80th minute when Dann made a meal of dealing with Billy Jones's hopeful ball and succeeded only in poking it past Hennessey, who was inexplicably 10 yards outside his area, giving Defoe a simple finish into the empty net.

Cabaye had a chance to rescue a point for Palace in the final moments, but the former Newcastle midfielder was unable to keep his free-kick on target.

Comments
Topics mentioned in this article
Sunderland Crystal Palace Jermain Defoe English Premier League Football
Get the latest updates on IPL 2020, check out the IPL Schedule for 2020 and Indian Premier League (IPL) Cricket live score . Like us on Facebook or follow us on Twitter for more sports updates. You can also download the NDTV Cricket app for Android or iOS.