Enner Valencia netted a brace while Dimitri Payet scored once to help West Ham United came from behind to win 3-1 at Bournemouth. 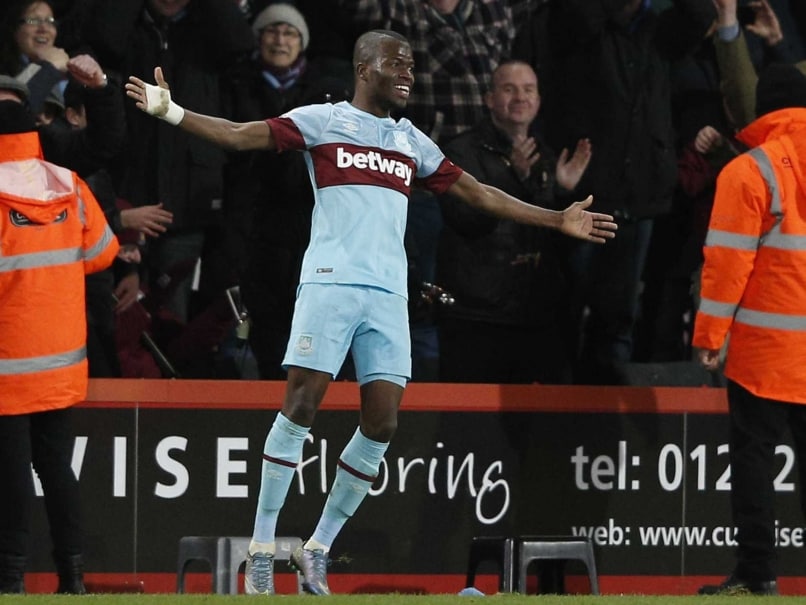 Enner Valencia scored twice as West Ham United came from behind to win 3-1 at Bournemouth on Tuesday and climb to fifth place in the Premier League table. (Click here for latest Football stories)

West Ham lost Andy Carroll to injury in the early stages, but they equalised in the 67th minute courtesy of a memorable free-kick from fit-again French playmaker Dimitri Payet.

Payet teed up Valencia for West Ham's second goal in the 74th minute and Valencia added a free-kick of his own six minutes from time as Slaven Bilic's side leapfrogged Manchester United.

The east London club equalled a Premier League record of eight games unbeaten and moved to within a point of the Champions League places.

Eddie Howe's Bournemouth, who are without a win in four league games, remain 16th, three points above the bottom three.

Carroll went into the game looking to score in a third consecutive league game for the first time in his career, but he was to last just 12 minutes.

The one-time England striker pulled up after putting a cross into the box from the West Ham right and was forced off, with Nikica Jelavic replacing him.

It was an untimely setback for the visitors and there was more bad news to come five minutes later when Arter put Bournemouth in front.

The Republic of Ireland international collected the ball on the edge of the box, shifted it onto his right foot and dispatched a low shot that deceived West Ham goalkeeper Adrian.

It was Bournemouth's turn to lose a player early in the second half, with an injury to Matt Ritchie enabling loan signing Juan Iturbe to come on for his debut.

Although Dan Gosling warmed Adrian's palms from range, there was more caution to Bournemouth's play early in the second half and in the 67th minute West Ham levelled.

West Ham badly missed Payet during his two-month absence with an ankle injury and he served a reminder of his importance to them by whipping a picture-perfect free-kick over the wall and into the top-left corner.

Payet then produced dazzling skills before crossing for Valencia to sweep home from six yards and the Ecuador international completed the scoring with a free-kick that beat Artur Boruc at his near post.

Comments
Topics mentioned in this article
Enner Valencia Dimitri Payet West Ham United Bournemouth English Premier League Football
Get the latest updates on IPL Auction 2023 and check out  IPL 2023 and Live Cricket Score. Like us on Facebook or follow us on Twitter for more sports updates. You can also download the NDTV Cricket app for Android or iOS.