Here, AFP Sports profiles five young players for whom the 2014-15 campaign could provide a launchpad to stardom. 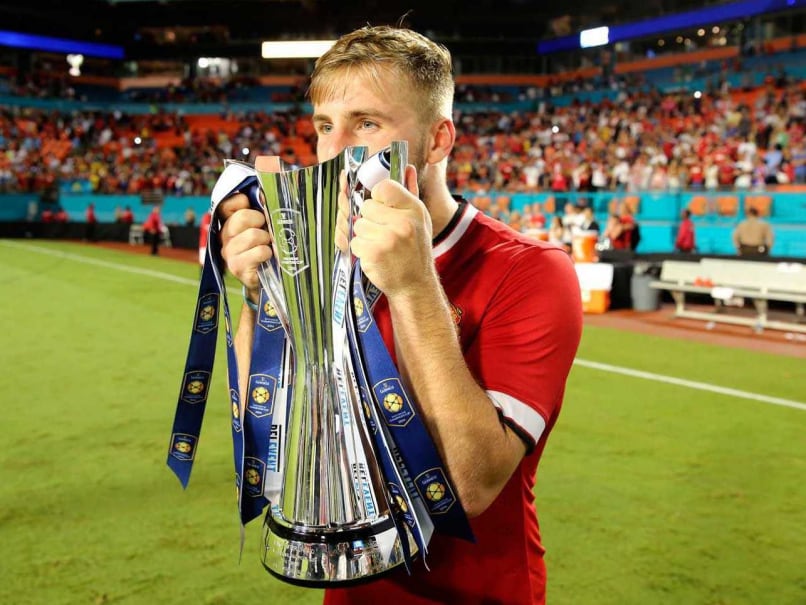 - After a fine season with Southampton that saw him dislodge Ashley Cole from the England squad, Shaw became the fourth most expensive defender in history when United paid an initial fee of £27 million ($45.6 million, 34 million euros) to take him to Old Trafford. New United manager Louis van Gaal's decision to introduce a 3-4-1-2 formation should suit the buccaneering 19-year-old, who will have sole responsibility for providing width on the left flank. "Luke is a very talented young left-back with great potential," said United assistant manager Giggs, the club's last great left-sided player. "He has developed immensely during his time at Southampton and has all the attributes to become a top player." (Also read: Wayne Rooney is Manchester United's new captain)

- Zouma, 19, signed for Chelsea from Saint-Etienne in January for a fee of around £12 million before being loaned back to his formative club until the end of the 2013-14 season. The tall, powerful centre-back has been given Chelsea's number five shirt by manager Jose Mourinho and scored his first goal for the club in a friendly against Slovenian side Olimpija Ljubljana last month. Although John Terry and Gary Cahill will start the campaign as first-choice centre-backs, Chelsea's commitments on four fronts mean that the France Under-21 international should get opportunities to impress. "Mourinho said to me, 'Are you ready?'" Zouma told Chelsea TV shortly after arriving in July. "I told him, 'Yeah, I'm ready.'"

- Chambers started last season as Southampton's second-choice right-back behind Nathaniel Clyne, but after breaking into the first team, he was signed by Arsenal for a reported initial fee of around £11 million. The 19-year-old produced very sure-footed displays in his three pre-season appearances despite playing in an unfamiliar role at centre-back. "I am impressed by Calum's character, by how quickly he is adapting and how secure he is when he plays," said new Arsenal captain Mikel Arteta. "He is mature, a normal guy and I think he is going to be a very important player for us in the next few years."

- Having started his career with home-town club Barnsley, Stones joined Everton in January 2013 and broke into the first team last season, making 26 appearances in central defence and at right-back. The 20-year-old's performances caught the eye of England manager Roy Hodgson and he was put on standby for the World Cup, appearing in pre-tournament friendlies against Peru and Ecuador. "He's just a player that's never really flustered," said Everton team-mate Leighton Baines. "He's got fantastic composure. He's a really good footballer, made for the international scene to play centre-half, because he'll take the ball out from the back and rarely gives it away."

- An injury to Neil Taylor enabled the dashing Davies to establish himself as Swansea City's first-choice left-back in the 2012-13 season and he held onto the role last season despite Taylor's return to fitness, playing in 34 league games and scoring twice. The 21-year-old Wales international joined Tottenham in July in a part-exchange deal involving Gylfi Sigurdsson and will now compete with Danny Rose and Jan Vertonghen for the left-back berth at White Hart Lane. "I had never thought or wanted to leave Swansea, but an opportunity like this doesn't come up often in your career," he said.