Brighton signed Iran winger Alireza Jahanbakhsh from AZ Alkmaar for what the English Premier League side said was a "club-record" fee. 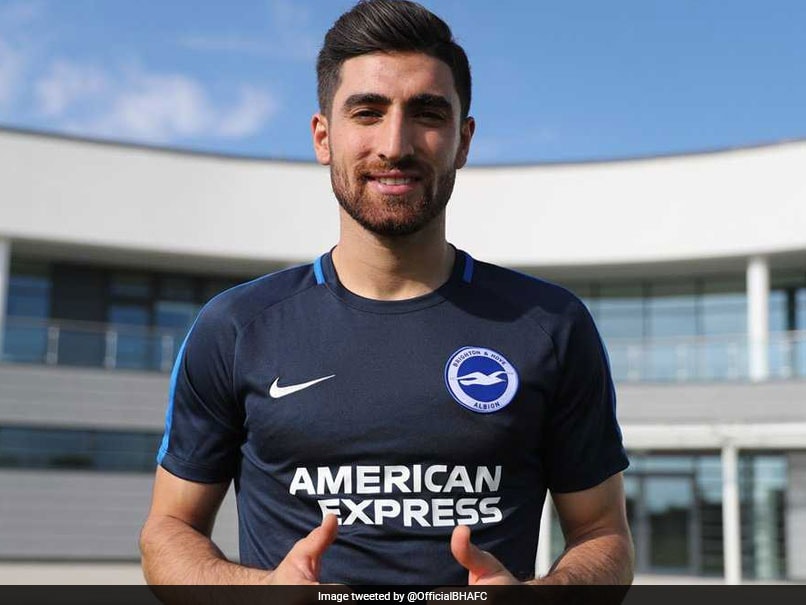 Jahanbakhsh made three appearances for Iran at this year's World Cup in Russia.© Twitter

Brighton have signed Iran winger Alireza Jahanbakhsh from AZ Alkmaar for what the English Premier League side said Wednesday was a "club-record" fee. The Seagulls, however, have not disclosed the amount they paid to Dutch club Alkmaar to bring the 24-year-old Jahanbakhsh to England's south coast on a five-year deal. Jahanbakhsh made three appearances for Iran at this year's World Cup in Russia and was also the leading scorer in the Netherlands' top-flight Eredivisie last season with 21 goals in 33 games.

"We are delighted to welcome Alireza to the club," said Brighton manager Chris Hughton in a statement. "We are particularly pleased to get this deal over the line.

"Ali is a player that we have been aware of and monitored for a few years, and his versatility will increase our attacking options within the squad.

"He can play in a wide position or a central midfield attacking role, and I am now very much looking forward to working with him."

Brighton & Hove Albion Alireza Jahanbakhsh English Premier League Football
Get the latest updates on SA vs IND 2021-22, check out the Schedule and Live Score . Like us on Facebook or follow us on Twitter for more sports updates. You can also download the NDTV Cricket app for Android or iOS.