Emiliano Martinez Moves To Aston Villa After 10 Years At Arsenal

Aston Villa announced the signing of Emiliano Martinez for a reported fee of 20 million pounds. 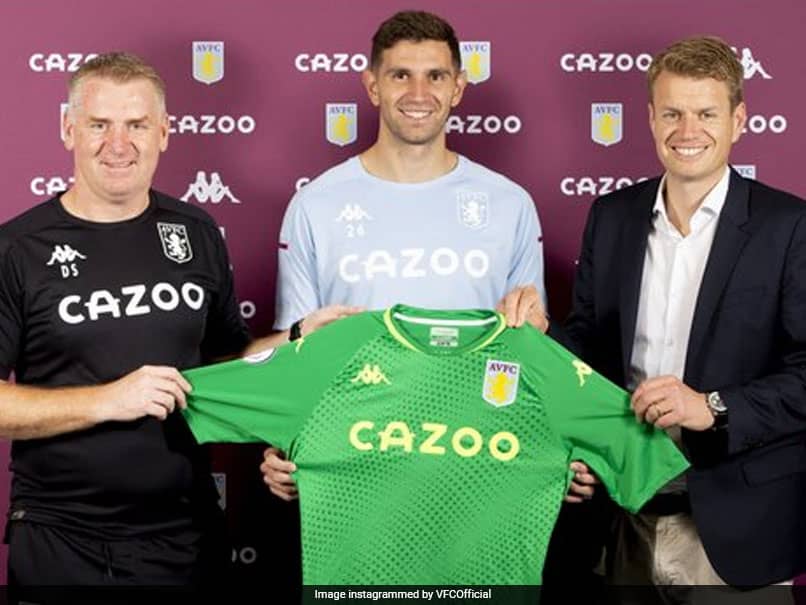 Aston Villa announced the signing of Arsenal goalkeeper Emiliano Martinez on Wednesday for a reported fee of 20 million pounds ($26 million). The 28-year-old Argentine, who has signed a four-year deal, helped Arsenal to FA Cup victory last season and Community Shield glory last month but faced playing second fiddle to Bernd Leno this season. Villa boss Dean Smith said: "We are really pleased with the signing of our new goalkeeper Emiliano Martinez. We know how highly Arsenal rated him and we watched his outstanding performances last season in a trophy-winning top side."

"We moved for Emi when we saw the opportunity, as it is rare to be able to buy a top-class goalkeeper who hasn't yet reached their peak age and who can therefore be a key player for our club for the long term."

Martinez ends a 10-year association with the Gunners, following Matty Cash and Ollie Watkins in moving to Villa Park.

He was signed from Independiente in 2010, making 39 first-team appearances and spending time on loan at six clubs.

"Thank you, thank you for all of the years (of support)," Martinez told Arsenal.com. "I thank God for having the opportunity over the past few months to show the Arsenal fanbase what I am made of, and why I went on loan so many times.

"It was always to come back and win them trophies and give them silverware. I did it, I feel prouder than ever."

Aston Villa Football
Get the latest updates on India vs England Series, India vs England , live score and IPL 2021 Auction . Like us on Facebook or follow us on Twitter for more sports updates. You can also download the NDTV Cricket app for Android or iOS.