Sanchez has scored just three times in 23 appearances under Mourinho -- none of which have come this season. 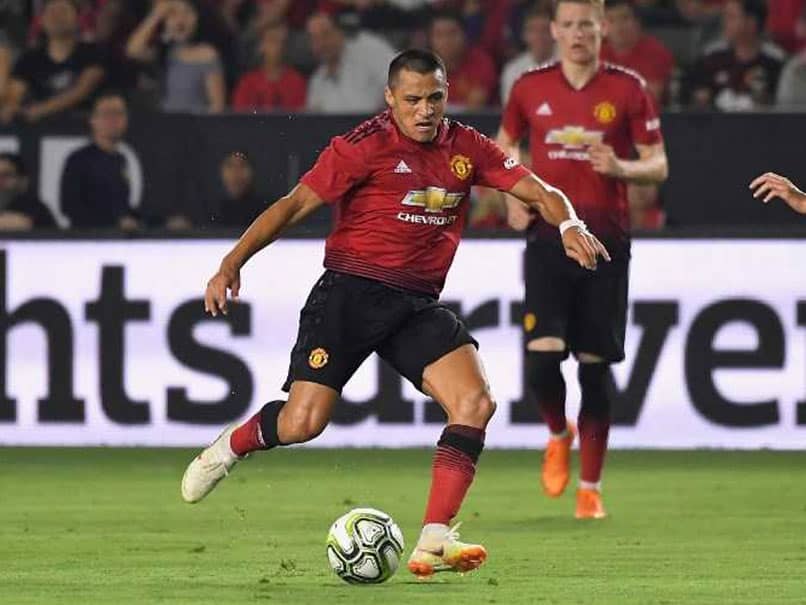 Manchester United believed they were closing the gap on "noisy neighbours" Manchester City when they beat the Premier League champions to the signature of Alexis Sanchez just nine months ago. But as the Red Devils slumped to a third defeat just seven games into the new league season at West Ham on Saturday to already fall nine points adrift of City, Sanchez was nowhere to be seen. That the Chilean was deemed not good enough to make Jose Mourinho's 18-man squad for such a shambolic display at the London Stadium speaks volumes for Sanchez's slide since joining United in January.

Prolific in four years at Arsenal and three seasons with Barcelona before then, Sanchez has scored just three times in 23 appearances under Mourinho -- none of which have come this season.

Mourinho's power battle with 89 million pounds (116 million dollars) midfielder Paul Pogba has drawn the spotlight from Sanchez. But Mourinho's patience with the other marquee signing of his time in charge at Old Trafford ran out this week.

Sanchez was hauled off during a 1-1 draw with Wolves last weekend.

He was then reportedly admonished by Mourinho in front of his team-mates for his poor form and was the only outfield player who travelled to London for the West Ham debacle left out of the matchday squad.

"Look for how many months are people asking for (Anthony) Martial, Martial, Martial and saying how Alexis isn't playing well enough," said Mourinho justifying his decision. "This week it was time to agree and leave Alexis out."

Sanchez wouldn't be the first creative player Mourinho has failed to get the best out of. United's fiercest rivals City and Liverpool have benefited from Mohamed Salah and Kevin De Bruyne being discarded by the Portuguese during his time at Chelsea.

When imploring Mourinho to attack more after being held by Wolves, Pogba defended Sanchez's struggles to adapt from the more open football played at Barca and Arsenal.

"When you play a long time with another team and you play different football in that other team you have some kind of adaptation that you have to have," said the Frenchman.

Mourinho's time at Old Trafford may be running out, particularly if he fails to summon a response when United host Valencia in the Champions League on Tuesday.

However, the difference in the fanfare that greeted Sanchez's signing and his production on the pitch is emblematic of the waste that is leaving United trailing in City's wake.

Courted by his former Barca boss Pep Guardiola, United boasted of dealing a blow to City in the transfer market and of generating more social media traffic than Neymar's world record move to Paris Saint-Germain.

Yet, that victory has proved a hollow and expensive one.

United's accounts last week revealed an 11 per cent rise in their wage bill taking it to 295.9 million pounds, 36 million pounds more than City's.

Much of that went on handing Sanchez reportedly the most lucrative contract in Premier League history worth a reported 400,000 pounds a week plus bonuses.

United remain the world's richest club for now, but that is not being reflected on the field for frustrated fans more interested in points than profits.

The club's executive vice-chairman Ed Woodward has put his faith in Mourinho, but his trust runs out quickly when missing out on the riches of Champions League.

David Moyes and Louis van Gaal were both dismissed after failing to qualify and United are already five points off the top four.

Another route into the Champions League is by winning the competition.

United currently look far from contenders, but they can take a huge step towards the last 16 by moving six points clear of Valencia in Group H on Tuesday.

It is the type of game Sanchez was signed for. Whether he even starts will say much about his future so long as Mourinho remains in charge.

Manchester United Alexis Sánchez Football
Get the latest updates on IPL 2021, IPL Points Table , IPL Schedule 2021 , live score . Like us on Facebook or follow us on Twitter for more sports updates. You can also download the NDTV Cricket app for Android or iOS.