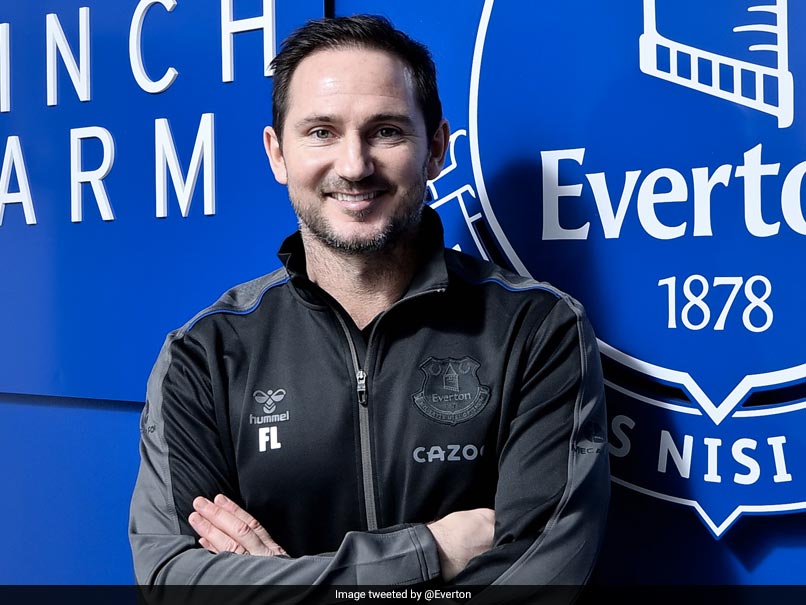 Dele Alli and Donny van de Beek joined Everton's bid to beat Premier League relegation on transfer deadline day after Frank Lampard was unveiled as the club's new manager. Alli has joined on a permanent deal from Tottenham after a disappointing few years under four different managers in north London. Lampard was appointed as Everton's seventh manager in six years on a two-and-a-half year contract on Monday. Chelsea's all-time leading goalscorer has been out of the game for a year since being sacked by the London club last January.

He is tasked with keeping the Toffees in the top flight. They are four points above the relegation zone after a run of one win in 14 league games.

Targeting Alli was reportedly one of Lampard's demands to take the job.

The England international's career has declined over the past four seasons since he burst onto the scene as one of Europe's most promising attacking midfielders under Mauricio Pochettino.

A complex two-and-a-half year deal will reportedly see the 25-year-old's price depend entirely on variables with £10 million ($14 million) due after 20 appearances and other add-ons rising up to a possible fee of £40 million.

"I'm eager to get started and can't wait for my first game in an Everton shirt," said Alli.

"I'm looking forward to helping the team and the opportunity to work with the new manager."

Van de Beek has also endured a tough 18 months at Old Trafford since a £40 million move from Ajax.

The 24-year-old has struggled for game time under both former United boss Ole Gunnar Solskjaer and interim manager Ralf Rangnick.

"I had a really positive meeting with the new coach. We have the same ideas about football and he had a lot of influence on my decision," said Van de Beek.

"I played against him when I was at Ajax, and he was at Chelsea, so he knows me as a player. He thinks I have qualities that can help the team.

"I can learn a lot from him because he was a little bit in the same position -– a midfield player who scored a lot of goals. He can help me a lot, so I think I'm in a good spot."

Both Alli and Van de Beek are cup-tied for Lampard's bow at Goodison Park against Brentford in the FA Cup fourth round on Saturday.

But they will be free to make their debuts in a vital clash at the bottom of the Premier League table against Newcastle on February 8.

Chelsea Dele Alli Frank Lampard English Premier League Football
Get the latest updates on IPL Auction 2023 and check out  IPL 2023 and Live Cricket Score. Like us on Facebook or follow us on Twitter for more sports updates. You can also download the NDTV Cricket app for Android or iOS.