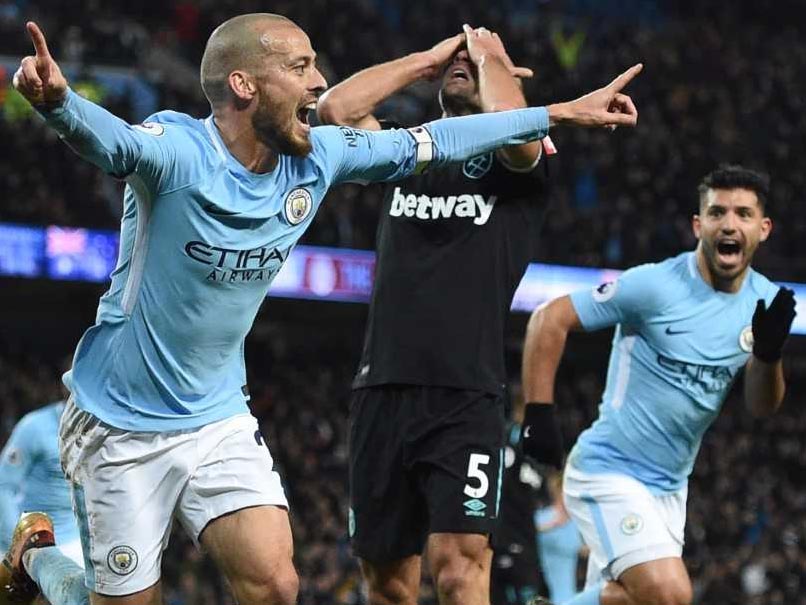 David Silva is set to part ways with Manchester City at the end of this season.© AFP

Manchester City's David Silva has said that success with the club was beyond his wildest dreams. His remark comes as he will sign off as Premier League star later today. "I arrived here having just won the World Cup. It was a change in the country, league, language and everything was quite tough, but my team-mates welcomed me and really looked after me and after a few months I settled in," Goal.com quoted Silva as saying.

"I have always tried to do my absolute best, to always behave well and I have tried to work very hard too. I hope that people have enjoyed my football for all of these years," he added.

Over the years, Silva has become one of the greatest imports to ever play the English football league.

"When I look back at everything I have achieved I could never have imagined it, even in my wildest dreams," Silva said.

"When you are young you don't dream about all of this. You dream about becoming a footballer, a professional footballer, you dream of playing in the top flight. But you never think about all the things that you could possibly achieve," he added.

The 34-year-old will be seen for the last time in action in the Premier League as Manchester City will face Norwich City at the Etihad Stadium later today.

The Pep Guardiola side currently has 78 points from 37 matchesand the side will be finishing second in the Premier League standings.

David Silva Football English Premier League
Get the latest updates on IPL Auction 2023 and check out  IPL 2023 and Live Cricket Score. Like us on Facebook or follow us on Twitter for more sports updates. You can also download the NDTV Cricket app for Android or iOS.