David Moyes took heart from sparkling debuts by two emerging stars after his reign as Manchester United manager got off to a low-key start with an upset loss in Thailand. 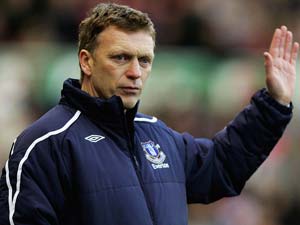 David Moyes took heart from sparkling debuts by two emerging stars after his reign as Manchester United manager got off to a low-key start with an upset loss in Thailand.

A generally flat performance was enlivened by the eye-catching trickery of Belgian teen Adnan Januzaj, before new signing Wilfried Zaha came on and nearly snatched the equaliser.

After 27 years and 38 trophies under Alex Ferguson, Moyes admitted losing 1-0 to the Singha All-Star XI -- a team pulled together from the best players of the Thai league -- "wasn't a brilliant result".

But he was sufficiently encouraged by Zaha, the hero of Crystal Palace's promotion to the Premier League, to suggest he is in line for his competitive debut this season.

"I thought when Wilf came on he gave us a little lift. He was certainly unlucky not to score with his attempt at goal," said Moyes, adding, "I hope so" when asked if Zaha would get an opportunity this season.

"We'll see how he does. We're bringing him here to give him a chance," said the Scot.

After coming on in the second half, Zaha missed a header from close range but with eight minutes left, he nearly spared United's blushes when he rattled the far post with a curling shot from inside the box.

Januzaj, the top-rated 18-year-old with highlight reels on YouTube, started the game on the right but he impressed all over the pitch with his one-touch control, pace, quick feet and passing.

And the slight Belgian, United's reserve team player of the year last season, popped up for their best chance of the first half but disappointingly volleyed Fabio's cross over the bar.

"I thought he played well tonight, I thought he was a plus for us," said Moyes of Januzaj.

"It's always good when you give a young player a chance and he shows up, and I thought he did tonight. The more he plays like that, the more opportunities he's liable to get."

Moyes fielded a side missing Robin van Persie, captain Nemanja Vidic, Shinji Kagawa and Wayne Rooney, who fuelled transfer speculation when he pulled out of the Asian tour on day one with a hamstring injury.

But Moyes showed few concerns over the loss. United flew straight to Sydney to continue their tour, with the Premier League title defence not starting until August 17.

"I said to (the players), this isn't the one we desperately needed to win. It's the one that we need to get prepared to win games from," said Moyes.

"It's a friendly game, you want to win all your games if you can but in relative terms it's not of the biggest importance."