On the same day it was revealed that Tottenham chairman Daniel Levy was paid 7 million pounds ($8.7 million) last season, which included a 3 million pound bonus. 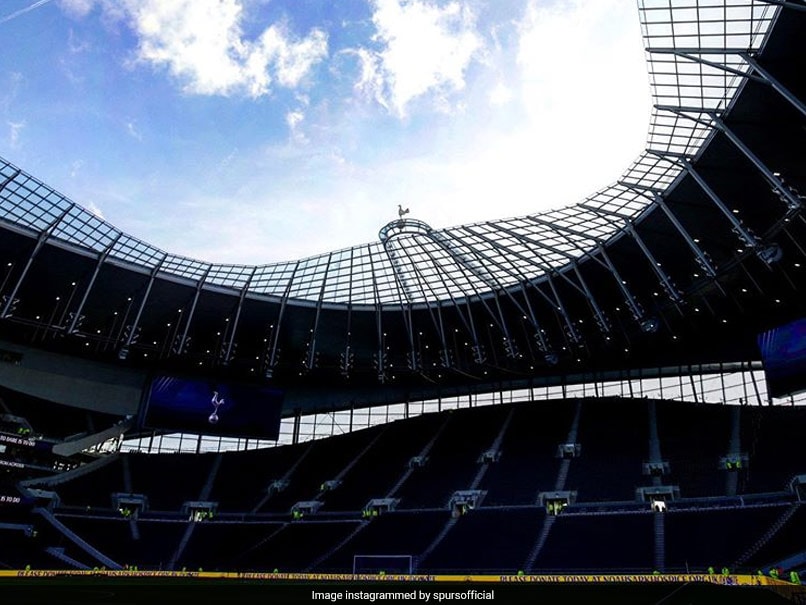 Tottenham chairman Daniel Levy announced 550 non-playing staff at the club will see their wages cut by 20 percent for the next two months on the same day it was revealed he was paid 7 million pounds ($8.7 million) last season. Spurs accounts to June 30, 2019 revealed Levy was paid a 3 million pound bonus, which was due on completion of Tottenham's new 62,000 stadium, on top of his 4 million pound salary.

The new Tottenham Hotspurstadium opened in April last year, eight months later than scheduled and well over budget at a cost of 1 billion pound.

Levy is among the staff members taking a 20 percent wage cut, but called on Tottenham's players to also do so to ease the financial crisis caused by the coronavirus pandemic.

Players at Barcelona, Juventus and Bayern Munich are among those to have taken either a significant wage cut or deferred payments.

Football in England is suspended until at least April 30 and a meeting of Premier League clubs on Friday is expected to push that date further back.

"Having already taken steps to reduce costs, we ourselves made the difficult decision, in order to protect jobs, to reduce the remuneration of all 550 non-playing directors and employees for April and May by 20 percent," Levy said in a statement on the Spurs website.

"We hope the current discussions between the Premier League, PFA (Professional Footballers' Association) and LMA (League Managers Association) will result in players and coaches doing their bit for the football eco system."

Tottenham earlier this month posted profits of 6 million pound for the year to June 2019 on the back of a run to the Champions League final and the stadium move.

However, Levy said those numbers bore little relevance, with the club facing a difficult period and uncertainty among sponsors and media partners.

"When I read or hear stories about player transfers this summer like nothing has happened, people need to wake up to the enormity of what is happening around us," he added.

"We maybe the eighth-largest Club in the world by revenue according to the Deloitte survey but all that historical data is totally irrelevant as this virus has no boundaries."

Tottenham sit eighth in the Premier League table and would therefore miss out on the riches of Champions League football for the first time in five years next season if the league were to be curtailed as it stands.

However, economic factors are behind the desire of Premier League clubs to finish the campaign, even if it means doing so behind closed doors.

According to reports, the clubs would have to reimburse broadcasters to the tune of 762 million pounds if the season is not completed

Tottenham Hotspur Football English Premier League
Get the latest updates on ICC T20 Worldcup 2022, check out the Schedule and Live Score. Like us on Facebook or follow us on Twitter for more sports updates. You can also download the NDTV Cricket app for Android or iOS.