The Premier League leaders were on the verge of their first top-flight title for 30 years when English football was suspended earlier this month. 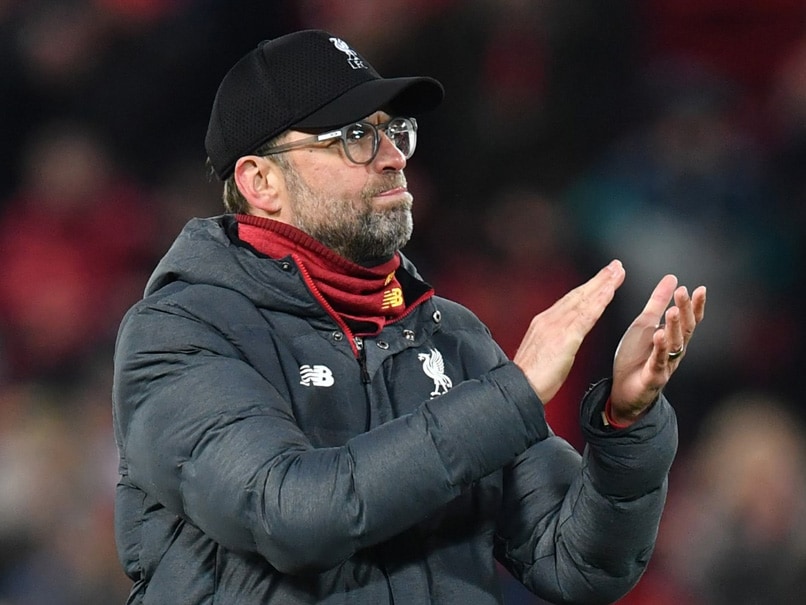 Jurgen Klopp said his players' spirits remained high despite the frustrations of having no football.© AFP

Jurgen Klopp says the mood at Liverpool is upbeat despite the coronavirus lockdown, even admitting he has tried to copy Alex Oxlade-Chamberlain's dance moves to keep himself occupied. The Premier League leaders were on the verge of their first top-flight title for 30 years when English football was suspended earlier this month. The virus shutdown has since been extended until at least April 30 but Liverpool do not know when, or if, they will get a chance to complete the job.

Klopp said his players' spirits remained high despite the frustrations of having no football to play and praised the efforts of his backroom staff who are looking after the players' fitness.

"We spoke a couple of times, we have a really intense, big, big group chat -- the whole of Melwood (training ground) are in that," he said, speaking to the club's website by videolink from his home.

Midfielder Oxlade-Chamberlain and his girlfriend, Little Mix singer Perrie Edwards, performed a dance routine, which she posted on social media.

Teammate James Milner played up to his "boring James Milner" tag by posting a video of himself cutting his grass with a ruler and scissors.

"I didn't cut the grass but I tried the dance of Ox," said Klopp. "Not as bad as you probably think. It's very important in these times that we all show we take this situation seriously, but we are human beings."

"If the boys do anything on Instagram, as long as it's in a legal frame I'm overly happy about it -- it just shows they are still cheeky and all that stuff," he added.

Klopp praised the efforts of Liverpool and other clubs in helping support more vulnerable members of the community during the current crisis.

And he urged people to abide by the lockdown.

"The only way to get football back as soon as possible, if that's what the people want, the more disciplined we are now the earlier we will get, piece by piece by piece, our life back," Klopp said. "That's how it is."

"At one point we will play football again as well, 100 percent," he added. "I couldn't wish more for it because of a few really good reasons, how you can imagine. I can't wait actually, but even I have to be disciplined and I try to be as much as I can."

Liverpool English Premier League Football
Get the latest updates on T20 World Cup, check out the T20 World Cup Schedule and Live Score . Like us on Facebook or follow us on Twitter for more sports updates. You can also download the NDTV Cricket app for Android or iOS.