There is no end in sight to the football lockdown in England but German football authorities are set to announce plans for Bundesliga matches to restart in empty stadiums on May 9. 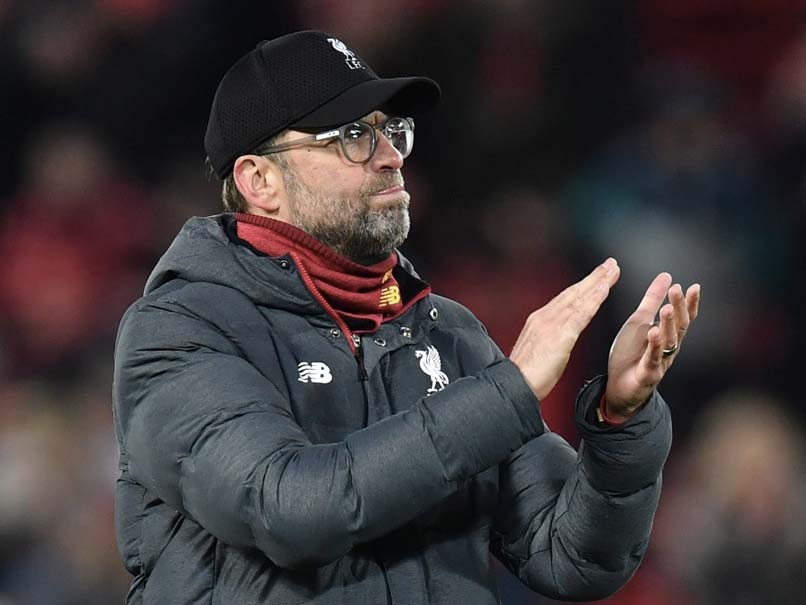 Jurgen Klopp believes there is still room for improvement from Liverpool.© AFP

Jurgen Klopp believes there is still room for improvement from Liverpool despite their incredible Premier League campaign, which is on hold due to the coronavirus pandemic. The Reds were 25 points clear of second-placed Manchester City and on the verge of their first top-flight title since 1990 when football was halted last month.

But Klopp said Liverpool, who won the Champions League last year and have only lost one Premier League match all season, could get even better.

"We will not change, that's the first thing, but whether we will be successful depends on what other clubs are doing as well because they have all the chance to improve things, do things better," he told Sky Sports.

"So I have no clue what the future will hold for us. But we will not change, this team is not the finished article, and we have a lot of space for improvement, and we work on that.

"We have fresh blood internally coming through. We can improve with this team, which is great."

Klopp does not believe football should be "forced back" after the COVID-19 shutdown but admitted it could have a positive impact on the mood of the country.

There is no end in sight to the football lockdown in England but German football authorities are set to announce plans for Bundesliga matches to restart in empty stadiums on May 9.

"We are all at home, all isolated, we have no cases or stuff like this," said Klopp.

"If we come together and train in groups of two or five or six or eight, I'm not sure when that will be possible, we have to wait for the government on that. We cannot force that and will not, because we can't, there's absolutely nothing for that.

"But if football can help in some departments with lifting the mood, giving something to think about and to deal with in a different way, then we have to start training at one point, but I don't know when that will be."