Frank Lampard said Tuesday that Chelsea had not made a bid for free agent Angel Gomes and was tight-lipped over a link with West Ham United midfielder Declan Rice. 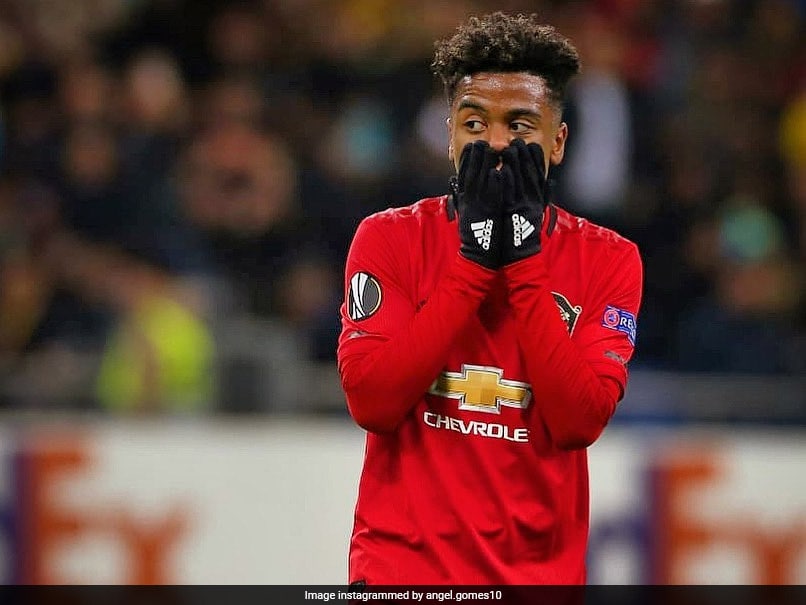 Angel Gomes' contract at Manchester United is set to expire on June 30.© Instagram

Frank Lampard said Tuesday that Chelsea had not made a bid for free agent Angel Gomes and was tight-lipped over a link with West Ham midfielder Declan Rice. Manchester United have confirmed London-born Gomes, 19, is leaving Old Trafford, with the highly rated attacking midfielder's services now in high demand. Chelsea have been linked with a swoop for the England Under-20s star, but Blues boss Lampard rejected any interest out of hand.

Asked if Chelsea had made a bid for Gomes, Lampard told a press conference: "Yes, I can elaborate to the point that it's never been mentioned at my end, so that's it."

And when asked if there is any interest, Lampard added: "No."

Fourth-placed Chelsea will head to West Ham for Wednesday's Premier League clash looking for a sixth straight win in all competitions, and a fourth since the resumption of football after the coronavirus lockdown.

The Blues continue to be linked with a summer move for West Ham's 21-year-old England and ex-Chelsea academy star Rice.

But Stamford Bridge manager Lampardkept his cards close to his chest at his pre-match press conference.

"Declan Rice is a good player, you're right, and I've known Declan Rice for a long time, as he was in the Chelsea academy, but there's no talk," said Lampard.

"I keep saying, about every player we'll be asked about. Until these games and this season is finished, there's nothing to say."

Lampard has deployed France World Cup-winner N'Golo Kante in a more defensive position since the restart but said he remained hugely important to the side.

"I think with N'Golo I have a way I want him to work our midfield, where we have some fluidity to us, which allows N'Golo to bring his best attributes to the game," he said.

"N'Golo, since he has been here, has shown his attributes and qualities mean that he can play in pretty much any role in midfield that you want him to," he added.

"He is an incredible player, I keep saying it and I mean it -- he is huge for this club. He has been huge and he will be for a long time and I am happy with him."

Manchester United Frank Lampard English Premier League Football
Get the latest updates on India vs South Africa and check out  Schedule, Results and Live Score. Like us on Facebook or follow us on Twitter for more sports updates. You can also download the NDTV Cricket app for Android or iOS.