Premier League: Liverpool Close In On Champions League Thanks To "Semi-Final" Win At Burnley 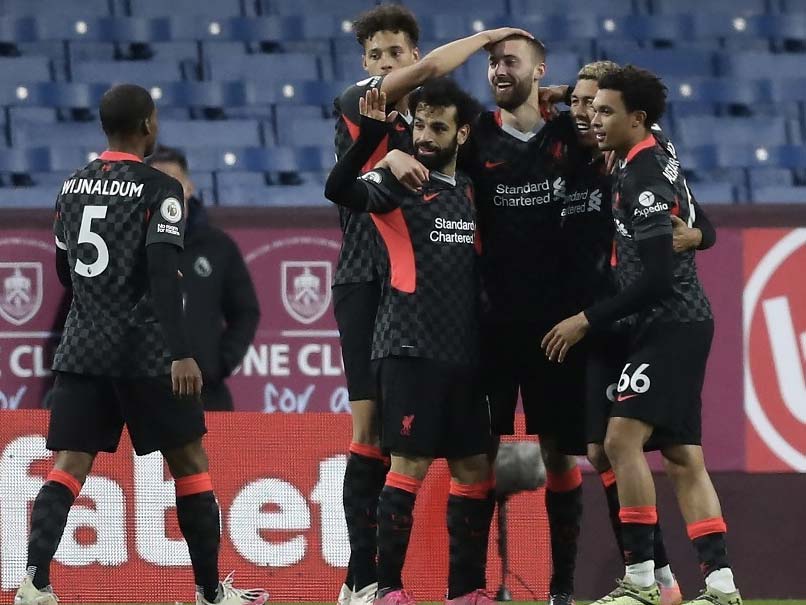 Liverpoolmoved into the Premier League top four for the first time since February with a 3-0 win at Burnley as Jurgen Klopp's men remain on course to salvage a place in next season's Champions League. Roberto Firmino and Nathaniel Phillips struck either side of half-time before Alex Oxlade-Chamberlain smashed home two minutes from time as the Reds edged ahead of Leicester on goal difference into fourth.

Victory at home to Crystal Palace on Sunday in front of the biggest crowd at Anfield since they ended a 30-year wait to become champions of England last season will almost certainly guarantee Liverpool's place in the top four.

"It was a semi-final. We had to win the semi-final and we did. Nothing is decided yet but we improved our position and we have the final. That's what we needed."

Leicester are four goals behind on goal difference so need to better Liverpool's result when they host Tottenham at the King Power.

Third-placed Chelsea, who are a point ahead of both, travel to Aston Villa on the final day of the campaign.

Liverpool have now won four consecutive league games for the first time in a difficult season ravaged by injuries to key players.

Klopp's side needed Alisson Becker to score the first goal ever scored by a Liverpool goalkeeper to secure a dramatic late win at already-relegated West Brom on Sunday.

But despite the return of supporters to Turf Moor for the first time in 14 months, Burnley were more easily swept aside.

"Fans make football," said Liverpool left-back Andy Robertson. "We have seen that, there is more tempo to the game and fight.

"We have seen over the last couple of weeks how big fans are in football. Maybe we took it for granted - we will never do that again."

Liverpool would have been out of sight by half-time with more ruthless finishing as a series of clear-cut chances came and went.

Norris was making his Premier Leaguedebut and will be disappointed about the opener when it finally arrived two minutes before half-time as he did not get a strong enough foot to Firmino's effort to keep it out.

Liverpool had breathing space seven minutes into the second period when Philipps powered home Mane's cross at the back post.

The 24-year-old has had to become the senior member of an inexperienced centre-back pairing in recent weeks alongside Rhys Williams with Ozan Kabak joining Virgil van Dijk, Joe Gomez and Joel Matip on the sidelines.

Phillips has excelled as the season has gone on and rescued his side from a nervy finale as he cleared off the line from James Tarkowski's looping header.

Oxlade-Chamberlain is another Liverpool player to have had an injury-disrupted season, but he came off the bench to round off the scoring when he powered home at Norris's near post two minutes from time.

Burnley Football English Premier League
Get the latest updates on IND vs NZ 2021, check out the Schedule and Live Score . Like us on Facebook or follow us on Twitter for more sports updates. You can also download the NDTV Cricket app for Android or iOS.