Bruno Fernandes scored in Manchester United's 2-0 win at Leicester on Sunday as Ole Gunnar Solskjaer's side sealed third spot in the Premier League. 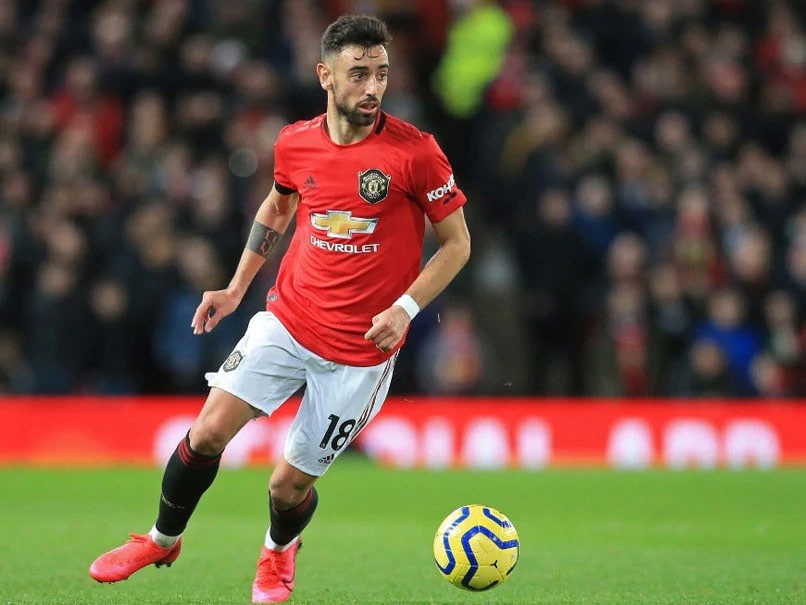 Bruno Fernandes has scored 10 goals for Manchester United since joining from Sporting Lisbon in January.© AFP

Bruno Fernandes is targeting Europa League glory after helping lead Manchester United back to the Champions League. The midfielder scored in United's 2-0 win at Leicester on Sunday as Ole Gunnar Solskjaer's side sealed third spot in the Premier League, meaning they will return to Europe's elite competition next season after a year's absence. United lead LASK 5-0 from the first leg of their last-16 Europa League tie and will face Istanbul Basaksehir or Copenhagen in the quarter-finals as part of a mini-tournament due to be played in Germany from the quarter-finals onwards.

Fernandes has scored 10 goals since joining from Sporting Lisbon in January to inspire United's top-four return and now he wants silverware.

"Now our focus is on the Europa League because this is a really good trophy and we want to win," he told MUTV.

"I came to Manchester to win trophies. We need to play every game to win. If we go into the Europa League and win every game, we know we'll win the trophy."

Fernandes's penalty and Jesse Lingard's late goal sent United into the Champions League at Leicester's expense on the final day.

The midfielder is looking forward to making the step up to the Champions League next season.

"Of course, playing Champions League is always special and I hope it can be with the supporters, that will be more special," he said.

"We deserve to be in the best games, in the best European competition. Nothing against the Europa League, but everyone knows the best competition is the Champions League."

Leicester City Jesse Lingard Football
Get the latest updates on Fifa Worldcup 2022 and check out  Fifa World Cup Schedule, Stats and Live Cricket Score. Like us on Facebook or follow us on Twitter for more sports updates. You can also download the NDTV Cricket app for Android or iOS.