Aaron Ramsdale was one of two positive cases from the second round of testing carried out by Premier League clubs as they gear up for a return to action next month. 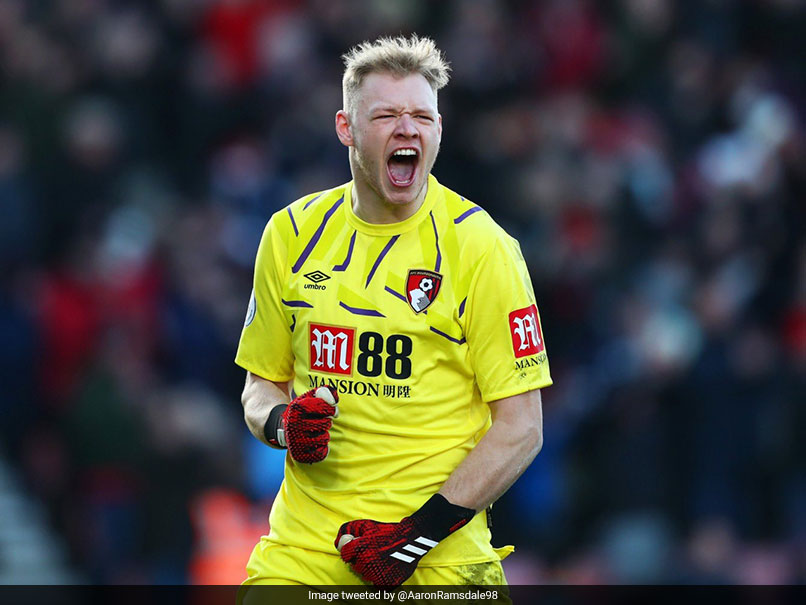 Aaron Ramsdale tested negative in the first round of testing.© Twitter

Bournemouth goalkeeper Aaron Ramsdale described finding out he had tested positive for coronavirusas "scary and worrying", despite displaying no symptoms. The England under-21 international was one of two positive cases from the second round of testing carried out by Premier League clubs as they gear up for a return to action next month. "It's definitely a shock -- I've not been in contact with anybody and I've now got it," Ramsdale told The Sun. "I'm showing no symptoms so the fact that a healthy young person could potentially have it is definitely scary and worrying." Ramsdale tested negative in the first round of testing and believes he must have contracted the virus while shopping.

"This last week, I've done the usual things like going to the supermarket and going to the petrol station to fill my car.

"Once you've contracted the virus, it shows in your blood.

"That was obviously not the case (after the first test) and it's been the three days between the two tests when I've contracted the virus.

"I've been just as careful as before on lockdown and it seems to be a shopping trip where I've caught it."

A total of eight cases of coronavirus among players and staff have been detected from 1,744 tests in the Premier League.

Results from a third round of testing will be revealed on Wednesday.

Meanwhile, captains and representatives of players and coaches will meet with the league later on Tuesday to discuss protocols on a return to contact training.

England's top-flight clubs will vote on proposals for a phased return to full training on Wednesday after new government guidelines cleared the way for "close contact" training.