The Premier League announced Saturday that there were positive tests at two clubs out of 996 tests conducted on Tuesday, Thursday and Friday. 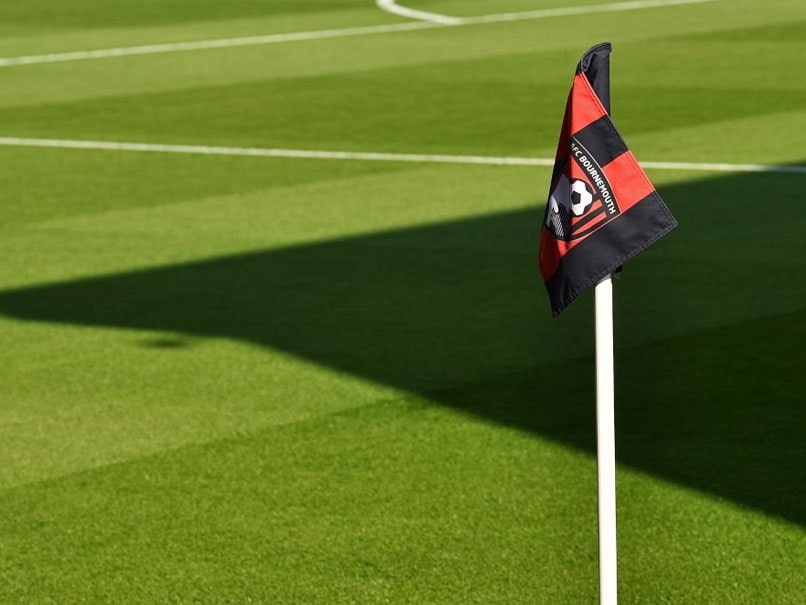 An unnamed Bournemouth player has tested positive for coronavirus.© AFP

An unnamed Bournemouth player has tested positive for coronavirus, the Premier League club announced Sunday, becoming the eighth case involving an English top-flight side. Bournemouth added the player's identity would not be disclosed due to "medical confidentiality" and that he would self-isolate for seven days. "Following strict adherence to the Premier League's return to training regulations, the club's training ground remains a safe working environment for players and backroom staff, who will continue to be tested for COVID-19 twice per week," said Bournemouth in a statement.

The Premier League announced Saturday that there were positive tests at two clubs out of 996 tests conducted on Tuesday, Thursday and Friday.

The other positive was at a different club which has not been named.

That followed a first round of testing that produced six positive findings announced on May 19 at three Premier League clubs from a total of 748 players and staff.

For the second round, the number of tests available to each club was increased from 40 to 50.

On Tuesday, squads started non-contact training for the first time since the Premier League was suspended on March 13.

That an increased number of tests has produced fewer positive findings may be a boost to the Premier League's 'Project Restart' plan to resume fixtures in June. Clubs are expected to discuss moving to contact training on Tuesday.

Officials still plan to complete all 92 remaining fixtures, with Premier League chief executive Richard Masters saying on Friday that they were "as confident as we can be" about restarting next month.

Several players still have concerns about returning, among them Watford captain Troy Deeney and Chelsea midfielder N'Golo Kante, who stayed away from training this week.

As well as Mariappa, two members of Watford's staff have tested positive, while Hornets manager Nigel Pearson revealed on Friday that several of his players were isolating at home after family members contracted the virus.

Meanwhile, the English Football League announced Sunday that two unnamed individuals at the same Championship club had produced positive results after conducting tests on 1,014 players and staff at all 24 Championship clubs over the past 72 hours.

As with the Premier League, the small number of positive tests will encourage those who want to see the Championship season resume next month.

Elsewhere in Europe, Germany's Bundesliga has resumed behind closed doors while on Saturday the Spanish Prime Minister, Pedro Sanchez, announced La Liga could restart in the week of June 8.