Although neither the length of the contract nor the fee were disclosed, several British media organisations said Christian Benteke had signed a five-year deal worth 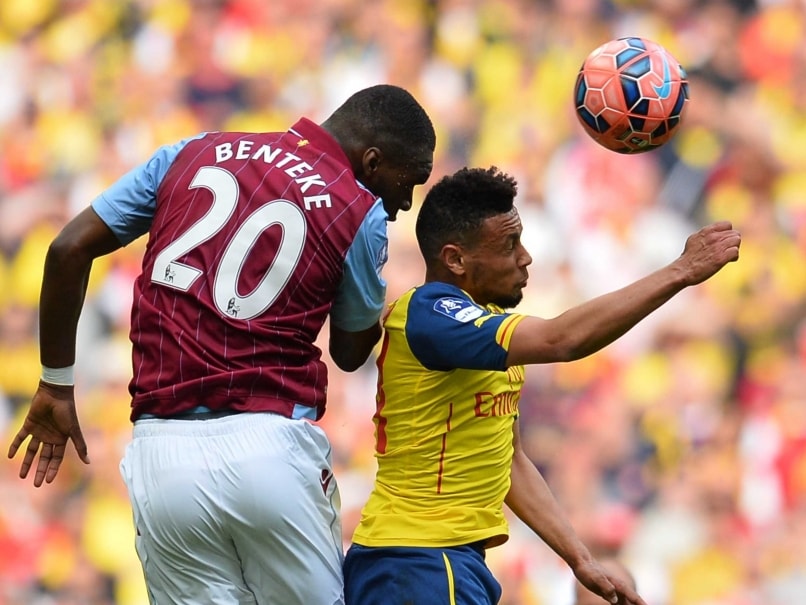 Although neither the length of the contract nor the fee were disclosed, several British media organisations said Benteke had signed a five-year deal worth £32.5 million ($50.7 million, 46.8 million euros) -- which was the cost of the buy-out clause in his contract.

The 24-year-old's 12 goals in as many games at the business end of last season played a key role in helping Villa avoid relegation from the lucrative top flight of English football.

Liverpool signed Benteke, who still has two years left on his Villa contract, after off-loading forward Raheem Sterling to Manchester City for a record fee for an English player that could rise to as much as £49 million.

"I'm very happy to be here and I would like to thank the owners, Ian (Ayre, chief executive who pushed the deal through) and of course the manager for their massive effort to bring me here," Benteke told liverpoolfc.com, his new club's website.

"I think it was the right club for me because I had a good chat with the manager and I wanted to be part of his project.

"I know Liverpool is a big story. They've won league titles and the Champions League five times and of course the UEFA Cup and a lot of trophies. I know it's a big club.

"I'm very happy to be part of the Liverpool family now and I will do everything to make them happy and work hard for them and my team-mates."

Benteke will not meet the majority of his new team-mates until they return from their tour of Australia and Asia, which concludes with Friday's match against a Malaysia XI in Kuala Lumpur.

However, he will find some familiar faces at Anfield in fellow Belgium internationals Simon Mignolet, the Liverpool goalkeeper, and forward Divock Origi.

Liverpool have not won the English title in the Premier League era, their last equivalent success coming with a then record 18th national championship when they lifted the old First Division trophy in 1990.

Last season they finished sixth in the Premier League, outside of the Champions League places, having been runners-up in the previous campaign.

But Benteke, Liverpool manager Brendan Rodgers's seventh pre-season signing, said he expected to win silverware during his time at Anfield.

"I think there are quality players, a lot of good players with big names of course," he added. "I'm happy to be part of this team and will (try) to help this team reach its goals.

Comments
Topics mentioned in this article
Liverpool English Premier League Christian Benteke Football
Get the latest updates on ICC T20 Worldcup 2022, check out the Schedule and Live Score. Like us on Facebook or follow us on Twitter for more sports updates. You can also download the NDTV Cricket app for Android or iOS.