Bastian Schweinsteiger has not been part of Manchester United's first-team squad so far this season, with club manager Jose Mourinho saying it would be 'very difficult' for the player to break into his midfield 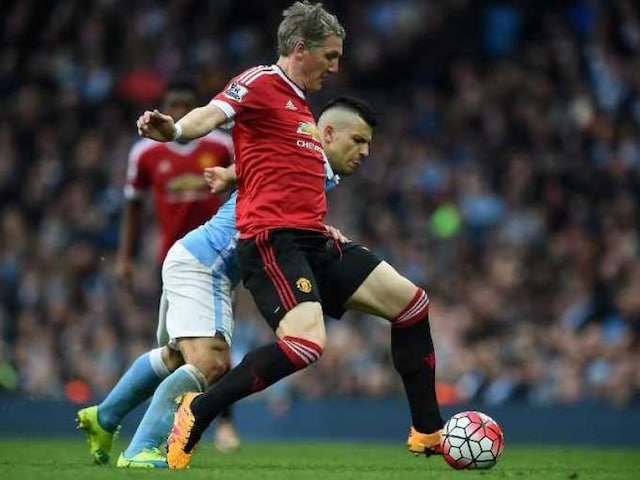 Bastian Schweinsteiger has not featured for United under Mourinho so far this season.© AFP

In what could be seen as a departure from Manchester United football manager Jose Mourinho's earlier stance, Bastian Schweinsteiger has been included in their official squad list for the first half of the English Premier League season.

Schweinsteiger, 32, has not been part of United's first-team squad so far this season, with Mourinho saying it was "very difficult" for the player to break into his midfield.

But with the former Germany international, who played his 121st and final cap for his country against Finland on Wednesday, named in the squad he at least has the chance to force his way into Mourinho's plans.

According to ESPNFC, United still do not see Schweinsteiger as part of their plans, while the player himself has said that a move to the Major League Soccer (MLS) in America could draw his interest with United being his last European club.

Schweinsteiger, a World Cup winner with Germany in 2014, was included in the squad by force rather than choice.

As United only have 15 senior non-home grown players, they were able to accommodate Schweinsteiger in the list without omitting anyone else.

Any team which has fewer than eight home grown players will operate with a reduced senior squad.

Players aged under 21 -- such as Anthony Martial and Marcus Rashford -- do not count towards the quotas. Changes can be made to a 25-man squad during the January transfer window.

One surprise name in the squad in Sadiq El-Fitouri, the 21-year-old defender signed from Salford City. As El-Fitouri turns 22 in October he had to be named in the squad to be eligible to play in the Premier League.

Comments
Topics mentioned in this article
Football Manchester United Germany Bastian Schweinsteiger English Premier League
Get the latest Cricket news, check out the India cricket schedule, Cricket live score . Like us on Facebook or follow us on Twitter for more sports updates. You can also download the NDTV Cricket app for Android or iOS.