Coutinho signed a five-year contract to end a long-running transfer saga on Monday with Mestre revealing that Liverpool had originally asked for 200 million euros. 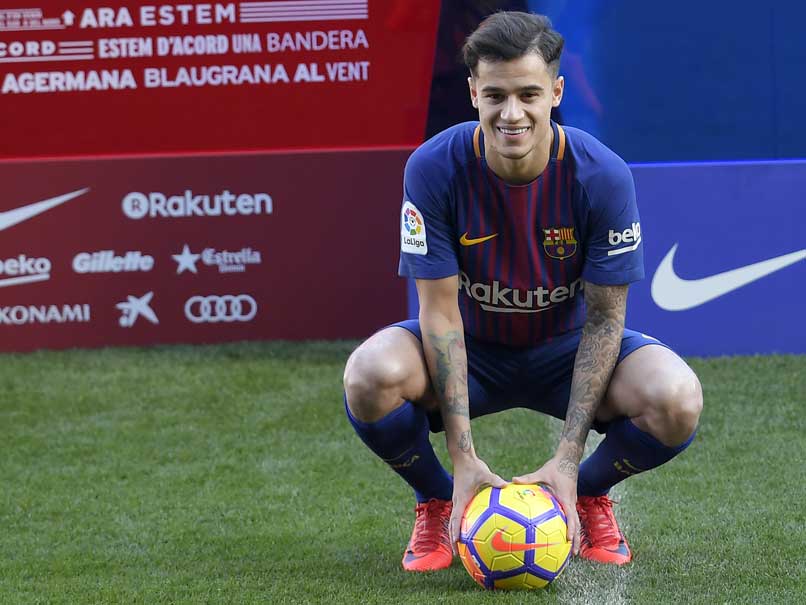 Barcelona vice-president Jordi Mestre claimed Liverpool slashed their original asking price for Philippe Coutinho after the Brazilian playmaker completed his 160-million-euro ($192 million) move to the Catalan giants. Coutinho signed a five-year contract to end a long-running transfer saga on Monday with Mestre revealing that Liverpool had originally asked for 200 million euros. The news will be poorly received on Merseyside, where fans were assured the Premier League club had tried to keep hold of their star.

"Due to a contractual issue and due to Liverpool's desire, we can not provide the exact data, but there has been a very significant reduction (in price)," the Barcelona director told a press conference at the Camp Nou.

"This time the reduction in their price was enough for us to authorise the transfer."

"We didn't want to put the club's whole economy and heritage at risk," explained Mestre, a 55-year-old who was director of the youth academy before becoming vice-president for sports at Barca.

Mestre may have been referring to demands made for Coutinho in July when Barcelona tabled three solid offers for Coutinho in the wake of an aggressive transfer struggle that saw Paris Saint-Germain take Neymar from the Catalans for a world record 222 million euros.

Barcelona then bought Ousmane Dembele from Borussia Dortmund for a deal that could reach 147 million euros and Mestre said the club had been reticent to put themselves at financial risk.

Comments
Topics mentioned in this article
Barcelona Liverpool Philippe Coutinho English Premier League Football
Get the latest updates on ICC T20 Worldcup 2022 and CWG 2022 check out the Schedule, Live Score and Medals Tally. Like us on Facebook or follow us on Twitter for more sports updates. You can also download the NDTV Cricket app for Android or iOS.