Arsene Wenger's, Arsenal manager, reign has turned increasingly sour as he marks the 20th anniversary of his appointment 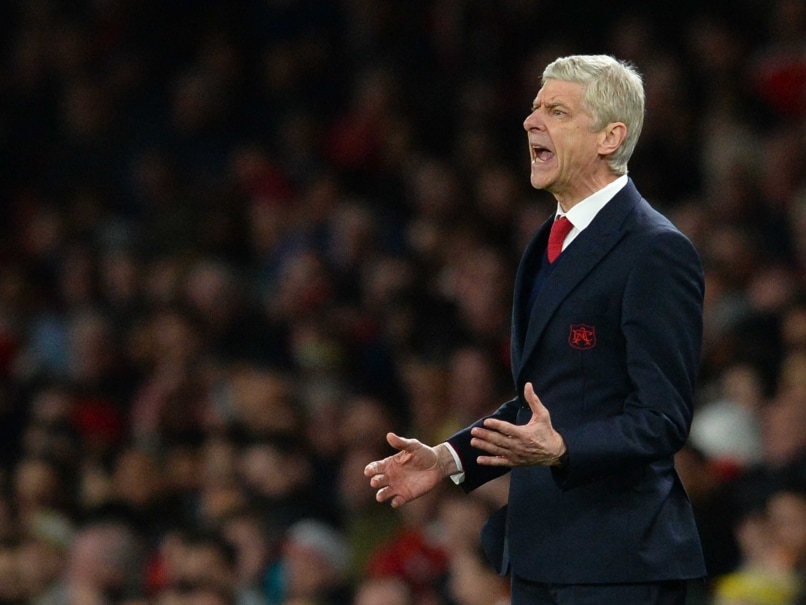 Arsene Wenger memorably announced his arrival as a revolutionary force in England by banning his players from eating sweets, but the Arsenal manager's reign has turned increasingly sour as he marks the 20th anniversary of his appointment.

Arguably the most significant agent of change in the Premier League era, the 66-year-old's achievements in revitalising both Arsenal and English football will rightly be celebrated in this milestone week for the urbane Frenchman.

Yet when Wenger makes the drive from his home in the exclusive north London suburb of Totteridge to the Emirates Stadium for Saturday's clash with Chelsea it would be understandable if he pondered how he finds himself in danger of being viewed with the same disdain that greeted his hiring two decades ago.

In an era when even the most unglamourous Premier League club can use the riches from lucrative television contracts to lure high-profile foreign coaches and players, it's hard to recall just how insular the Premier League was when Wenger left Japan's Nagoya Grampus Eight to join Arsenal in 1996.

Few overseas stars plied their trade in England at the time and tabloid headlines sneered "Arsene who?" while Wenger's professorial looks were easy fodder for doubting fans and some cynical members of Arsenal's old-school squad.

Given Wenger had no Premier League experience and first came to Arsenal vice-chairman David Dein's attention not for his managerial acumen but for his skill at charades during a dinner party, it was a significant gamble by both parties to let the Frenchman loose on English football.

It proved a masterstroke and, after coming third in the Premier League in Wenger's first season, Arsenal never finished outside the top two for the next eight years.

Overhauling Arsenal's dietary and fitness regimes and introducing sports science and data analysis with remarkable results, Wenger was feted as the most innovative manager of his generation.

"Nutrition was a big deal for Arsene. The dietician had a slogan, 'Chew to win', meaning he wanted us to chew our food for longer," former Arsenal defender Martin Keown said.

"We started feeling superhuman during games, fitter and stronger than ever."

If pasta, grilled chicken and broccoli were the ingredients of Wenger's recipe for success, he was just as ground-breaking in the cutthroat world of the transfer market.

Establishing a scouting network far superior to any of his rivals, Wenger fused Arsenal's battle-hardened defence with an influx of astute cut-price signings.

During that golden period, Arsenal won three Premier League titles and four FA Cups with a smooth-passing style that raised standards in a league previously more enamoured of brute force.

In 2003-04, Arsenal's "Invincibles" went undefeated in the league and two years later they almost conquered Europe before narrowly losing the Champions League final against Barcelona.

But Wenger's success was a double-edged sword as his peers closed the gap by pilfering his philosophy at a time when Arsenal were burdened by the financial restrictions from their move to the Emirates.

Confronted by the new-found wealth of Chelsea and Manchester City, whose owners were attracted by the riches in the league Wenger played such a role in reshaping, Arsenal never finished higher than third between 2005-06 and 2014-15 while losing disillusioned stars like Cesc Fabregas and Robin van Persie.

Wenger was never shy of pointing out how much other clubs were spending, while emphasising how Arsenal remained competitive and pleasing on the eye on a more restrained budget.

However, Arsenal fans' frustration at Wenger's stubborn approach finally bubbled over -- it had been simmering for several years -- when Leicester, stealing his old formula of buying cheap foreign talent, won the title last season.

"Wenger is a very pragmatic man and I would love to see him throw his economic principles out of the window for one season and see what happened," Keown said.

Forced to endure verbal abuse and calls for his resignation, Wenger has been battered like never before over the past 18 months.

And failure again this season to win either the Premier League or Champions League could spell the end of one of English football's most celebrated figures - and with it the closing of an era.

Comments
Topics mentioned in this article
Arsenal English Premier League Football
Get the latest updates on India vs Australia Series, check out the India vs Australia Schedule for 2020-21 and Ind vs Aus live score . Like us on Facebook or follow us on Twitter for more sports updates. You can also download the NDTV Cricket app for Android or iOS.