Premier League: Mikel Arteta said he hoped that the win against Tottenham will give Arsenal the belief that they can beat any team. 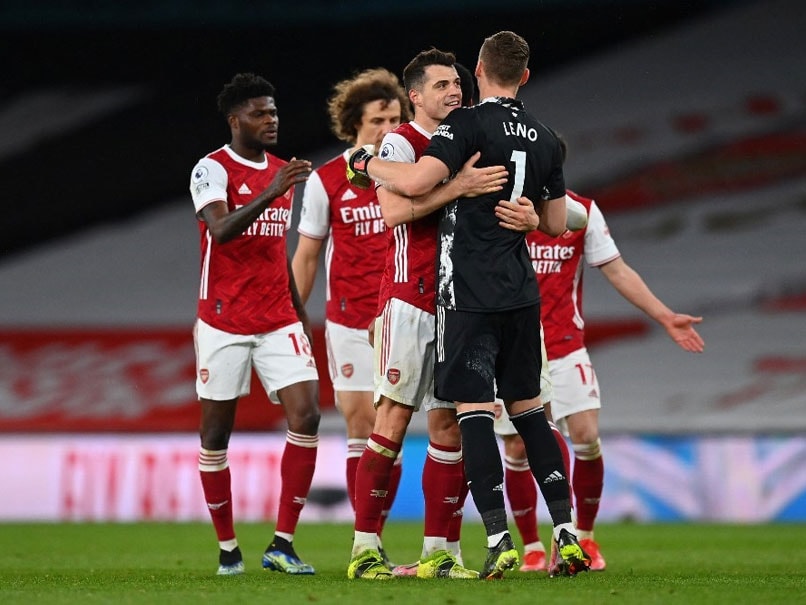 Arsenal came back from behind to beat Tottenham Hotspur 2-1 in the Premier League.© AFP

Arsenal manager Mikel Arteta expressed elation after a win against Tottenham and is hoping that victories help his team increase the level of confidence and build belief that they can defeat any "big team". Alexandre Lacazette's second-half penalty helped Arsenal earn a 2-1 comeback victory over Tottenham in the Premier League in London on Sunday. Arteta's side are now on a three-match unbeaten streak. "Hopefully it will increase the level of confidence in the team and the belief that we can play really well against any opponent, that we can beat big teams as well, and to maintain this together with the same belief," the club's official website quoted Arteta as saying.

"We know that we have to put together four or five wins in a row to give ourselves any chance of looking up in the table but we are ready for a fight," he added.

During the match, Spurs were dealt a blow when Son Heung-min was forced off with an injury but his replacement Erik Lamela scored a stunning goal in the 33rd minute.

In the 44th minute, Martin Odegaard netted his first Premier League goal, taking the scoreline to 1-1. Arsenal went in front in the 64th minute, with Lacazette converting a penalty after he was fouled by Davinson Sanchez.

Spurs were reduced to 10 men in the 76th minute after Lamela received a second yellow card.

Arteta said his side played "really, really badly" in the final minutes of the game.

"We managed those 10 minutes really, really badly. We put ourselves in trouble and we gave them hope. After that [red card], you should have 200 passes in the opponent's half, give the ball and attack in the right moment. It's a big lesson. It's great to get those lessons when you are winning. That's the biggest lesson," he said.

Tottenham Hotspur Mikel Arteta Football
Get the latest updates on IPL 2021, check out the IPL 2021 Schedule and Indian Premier League Live Score . Like us on Facebook or follow us on Twitter for more sports updates. You can also download the NDTV Cricket app for Android or iOS.