Arsenal vs Bournemouth: Arsenal Move Up To Third Place In Premier League With Narrow Win Over Bournemouth

Arsenal vs Bournemouth: Arsenal edged up to third in the Premier League as David Luiz's first goal for the club earned a 1-0 win over Bournemouth. 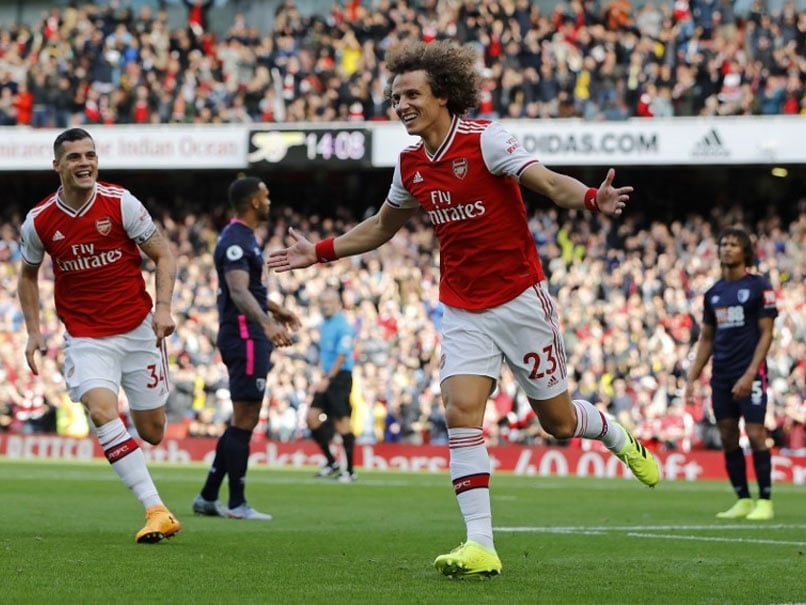 Arsenal edged up to third in the Premier League as David Luiz's first goal for the club earned a 1-0 win over Bournemouth on Sunday. Luiz has been a figure of fun for a host of defensive errors early in his Arsenal career after making the switch across London from Chelsea in August. However, the Brazilian is always a threat at the other end of the field and rose highest to head home Nicolas Pepe's corner on nine minutes. Bournemouth had enough chances to at least earn a point with Callum Wilson missing the clearest opportunity, but Arsenal held out to record their first clean sheet in the Premier League since the opening day of the season.

Victory moves Unai Emery's men a point above Leicester, Chelsea and Crystal Palace in the early running for a top-four finish.

Pepe has struggled to match the expectations of his club-record 72 million pound ($88 million) transfer fee since a summer move from Lille, but was told by Unai Emery to embrace the pressure of that price tag and the Ivorian was in the mood to impress.

Twice Arsenal had penalty appeals for fouls on Pepe by Diego Rico waived away.

However, it was Bournemouth who arguably had the best chance to add to the scoring before half-time when Dominic Solanke headed a Rico free-kick wide.

The visitors were certainly the more threatening side after the break and will rue heading back to the south coast with nothing to show for their efforts.

Wilson had the best chance when the England striker eased through the Arsenal defence and rounded Bernd Leno, but could not direct his shot on goal and Callum Chambers cleared.

Leno then had to be alert to turn Jack Stacey's driven shot behind.

Gabriel Martinelli was handed just his second Premier League appearance off the bench after the Brazilian scored twice in a stunning performance against Standard Liege in the Europa League on Thursday.

And he came close to a second Arsenal goal with a looping effort that drifted just over.

Emery's men then had to withstand a nervy five minutes of stoppage time as Matteo Guendouzi made a brilliant block to deny Josh King a certain equaliser and Steve Cook headed over from the resulting corner.

Pierre-Emerick Aubameyang was kept largely quiet, but hit the woodwork in stoppage time as Arsenal nearly sealed the points in style, but one goal was enough for a vital win.

Bournemouth English Premier League Football
Get the latest updates on ICC T20 Worldcup 2022 and CWG 2022 check out the Schedule, Live Score and Medals Tally. Like us on Facebook or follow us on Twitter for more sports updates. You can also download the NDTV Cricket app for Android or iOS.