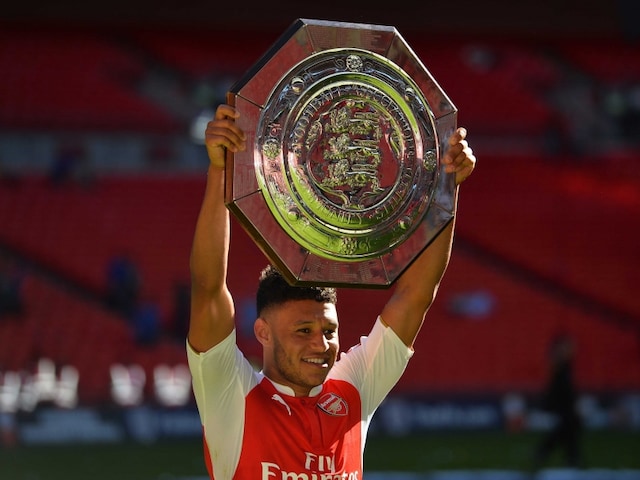 Arsenal midfielder Alex Oxlade-Chamberlain has set himself a personal target of scoring, or at least make an assist, every time he plays for Arsenal in the new season. (Oxlade-Chamberlain Ends Wenger's Mourinho Jinx)

The 21-year-old netted the all-important goal in his side's 1-0 victory over bitter rivals Chelsea in the Community Shield on Sunday and feels he needs to score more often.

"I got a goal in the Emirates Cup, and it's what I need to do this year, there's no doubting that and I'm not afraid to say that I need to score more goals," the England international told the club's website. (Terry Brushes Off Arsenal's Community Shield Success)

"I've set myself that target this year on a personal level so every time I'm on the pitch it's important that I try and contribute in some way and a goal or an assist is what I need to do."

Oxlade-Chamberlain's brilliant strike after 24 minutes helped the Gunners to their first win in 14 attempts against a Chelsea side managed by Jose Mourinho.

"We did enough, we defended really well as a team and kept them to minimal chances," he added.

"That's really positive going into the season because in the big games that's what it comes down to sometimes."

Comments
Topics mentioned in this article
Arsenal Alex Oxlade-Chamberlain English Premier League Football
Get the latest updates on IPL 2020, check out the IPL Schedule for 2020 and Indian Premier League (IPL) Cricket live score . Like us on Facebook or follow us on Twitter for more sports updates. You can also download the NDTV Cricket app for Android or iOS.