Arsenal are currently occupying the tenth spot in the Premier League table with just 40 points from 30 matches. 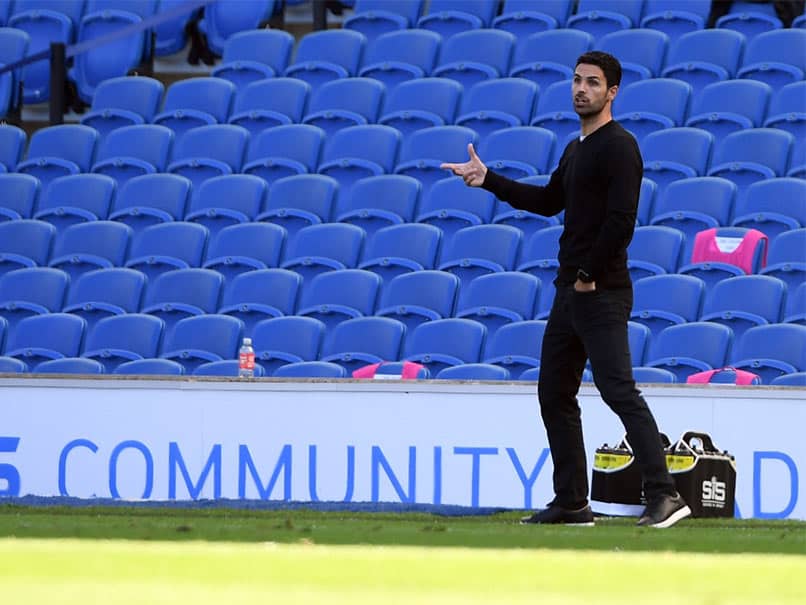 Mikel Arteta said Arsenal did not compete like they should have against Brighton.© AFP

After suffering a second successive defeat following the Premier League resumption, Arsenal manager Mikel Arteta said they did not compete like they should have and admitted that "it is all our fault". "Obviously after a defeat, you want to put the next result straight away to winning. I think we did a lot of things today to win the game comfortably, but we haven't competed like you have to compete in the Premier League. We gave the first goal away and we lost a few important duels afterward, so I think it's all our fault," the club's official website quoted Arteta as saying.

Arsenal witnessed a 3-0 defeat against Manchester City, their first game after the resumption. On Saturday, the Mikel Arteta's side were beaten by Brighton 2-1.

The manager further stated that a team needs to stay focused throughout the game or else the opponents will "punish you".

"Not about the characters, it's about how you compete in a Premier League match and it's for 100 minutes in this case. It's for every ball, it's for every action and the moment you lose attention, the opponent is going to punish you. It's not the first time it has happened and if you want to win football games consistently at this level, it's a must and it's non-negotiable," he said.

Arsenal are currently occupying the tenth spot in the Premier League table with just 40 points from 30 matches.

Brighton & Hove Albion Mikel Arteta Football English Premier League
Get the latest updates on India vs England Series, India vs England , live score and IPL 2021 Auction . Like us on Facebook or follow us on Twitter for more sports updates. You can also download the NDTV Cricket app for Android or iOS.