Arsenal in Talks With FC Basel to Sign Mohamed Elneny

Mohamed Elneny, an Egyptian international, joined Swiss club FC Basel in 2013 and has won the league title in each of his three seasons there. 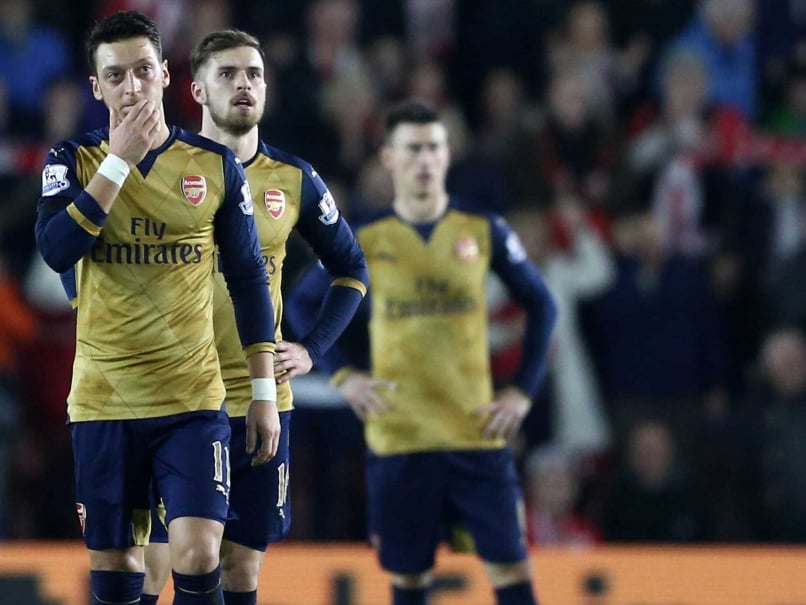 Arsenal are second in the Premier League table but suffered a humiliating 4-0 loss to Southampton in their last outing. © AFP
London:

The 23-year-old Egypt international joined the Swiss club in 2013 and has won the league title in each of his three seasons there. (Porto Crush FC Basel to Reach Champions League Quarters)

The fee would reportedly be in the region of five million pounds and Elneny would require a work permit, BBC reported on Sunday.

He is eligible to play in the Champions League after Basel failed to qualify for this year's group stage. Elneny featured in Basel's home victory over Chelsea in the 2013-14 competition.

Arsenal manager Arsene Wenger is keen to strengthen the midfield after Francis Coquelin and Santi Cazorla suffered serious knee injuries while Aaron Ramsey and Mikel Arteta have also had spells on the sidelines and Jack Wilshere is still absent. (Jack Wilshere Out for Three Months After Surgery)

However, Elneny is seen by Wenger as a long-term part of the squad and not merely a stop-gap solution.

The 'Gunners' boss has also admitted he is unsure when Wilshere will return to action, but it will not be before February.

The England midfielder was expected to be out for three months when he had surgery in September on a hairline fracture of his left leg, but that estimate has now been extended.

"I said February but honestly I don't know," Wenger said as his side aims to respond positively to their 4-0 Premier League defeat at Southampton.

"I let him do his recovery. It's going slowly. Once he goes again, goes outside to train, once he is back again into sharp, hard work physically, you count five or six weeks, so at the moment he is not there yet."

Jack Wilshere Out for Three Months After Surgery

Comments
Topics mentioned in this article
Arsenal FC Basel Mohamed Elneny English Premier League Football
Get the latest updates on IPL Auction 2023 and check out  IPL 2023 and Live Cricket Score. Like us on Facebook or follow us on Twitter for more sports updates. You can also download the NDTV Cricket app for Android or iOS.