Arsenal F.C., who will host Southampton on Wednesday, are sixth in the points table, two points behind Manchester United in fourth. 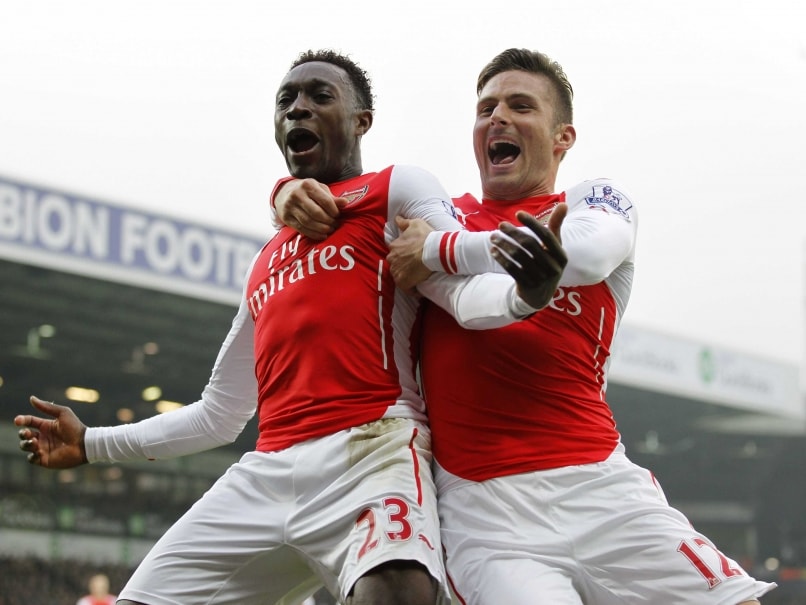 Arsenal striker Danny Welbeck hopes to maintain the momentum generated by his match-winning header at West Bromwich Albion when Southampton visit the Emirates Stadium on Wednesday.

Welbeck's header at The Hawthorns was his first goal in seven games for Arsenal and secured a priceless victory for the Gunners as they attempt to force their way back into the Champions League spots.

Successive league defeats had seen the north London club drop away from the leading group, but after following up the Champions League win over Borussia Dortmund with victory at West Brom, Arsene Wenger's side moved up to sixth, two points behind Manchester United in fourth.

That wasn't enough to satisfy some of the travelling Arsenal supporters at the weekend who unfurled a banner demanding the veteran manager quit.

Victory against a Southampton side still smarting from a painful 3-0 home defeat by Manchester City last weekend will help defuse the anger of those fans frustrated at Arsenal's failure to keep pace with leaders Chelsea.

Welbeck is convinced the confidence generated by his much-needed goal will help turn things around.

The striker, signed from Manchester United for £16 million ($26.6 million, 20.2 million euros) at the end of the last transfer window, said: "I've had a couple blocked off the line [in recent games] and it just wasn't going my way, but I've got the goal and I'm just looking forward to scoring more and helping the team to win games."

Welbeck's goal was timely as he attempts to retain his position as Arsenal's main striker following the return to fitness of Olivier Giroud.

"It gives the manager a good headache and he's got a lot of options going forward. Going into the games, everybody's going to be giving 100 percent," he said.

Southampton remain third despite the defeat at the hands of City and Wenger knows they will pose a testing challenge.

The Gunners boss has been left with yet another injury headache ahead of the visit of Ronald Koeman's team.

Defenders Kieran Gibbs and Nacho Monreal are both doubtful after suffering injuries at West Brom, forcing Wenger to consider using Calum Chambers or Laurent Koscielny as a makeshift left-back.

Koeman criticised his side for the individual errors he believes were responsible for the loss to a City side reduced to 10 men for the last 16 minutes.

The Saints' hopes of returning to winning ways have not been helped by the loss of midfielder Morgan Schneiderlin due to injury.

"He's not ready for Wednesday," said Koeman. "He's now having a scan on his right leg, we have to wait and see the results of the scan.

"We know exactly what Morgan means for our team, he's one of our key players and without key players it's always difficult for the rest of the team."

Southampton have already tasted victory at the Emirates Stadium this season when they knocked Arsenal out of the League Cup.

"The previous result gives the confidence that we can beat them, but Arsenal in the last two games have had two good results," said Koeman.

"I think they are a little bit back with the spirit about these two results.

"I think it will be an open game and, with our possibilities, we believe we will have chances for a good result," added the former Dutch international.

Comments
Topics mentioned in this article
Danny Welbeck Arsenal Southampton English Premier League Football
Get the latest updates on IPL 2020, check out the IPL Schedule for 2020 and Indian Premier League (IPL) Cricket live score . Like us on Facebook or follow us on Twitter for more sports updates. You can also download the NDTV Cricket app for Android or iOS.