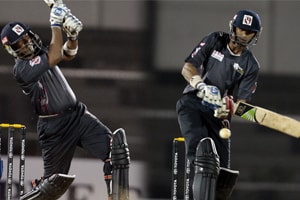 The 25-year old Shashank Singh is an aggressive all-rounder originally from Madhya Pradesh. Singh came to the limelight with his unsung contribution in the recently concluded West Zone Inter-State T20 Tournament where he represented Mumbai. In his brief career so far, he has proved a utility player with his handy off breaks while also hitting the long ball when needed.

Mumbai boast of a powerful batting line-up and hence he didn't always get a lot of opportunities. His chance finally came against Saurashtra where he belted an unbeaten 22-ball 47 to take Mumbai home in a tense run-chase in the company of the experienced Abhishek Nayar. That was an innings that made people take notice of his hard hitting abilities and eventually gifted him an Indian T20 League contract with Delhi for the 2017 season.