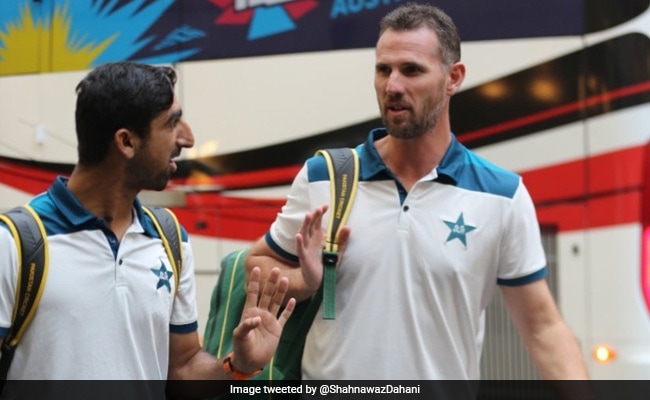 A muscular physique and a shoulder-strong action, Shaun Tait is another exciting fast bowler in Australia’s treasure box. With his unique action, Tait has the ability to clock deliveries above 150 kph and even push it to 160 kph. After an ordinary start to his international career, the quickie made a major impact at the 2007 ICC Cricket World Cup where he silenced his critics by scalping 23 wickets in the tournament.

Tait’s domestic career has been a fruitful one, as impressive performances for South Australia eventually earned him a place in the World Cup side. His 8 for 43 against Tasmania in the ING Cup were the best figures in limited-overs history. Soon, he made his Test debut in the Ashes of 2005, where he grabbed three huge wickets. 'Sloon' however, injured himself after a successful 2007 World Cup campaign. When he returned to action in the Test series against India in 2008, he was given a rough treatment by the Indian batters on a fast Perth pitch. Shaun went wicket-less in both the innings and was an easy prey for India’s batting geniuses. His poor performance was a major setback for the youngster and he took an indefinite break from cricket to get his mind set right. He was an integral part of the Aussie pace attack in the 2011 ICC Cricket World Cup, but with the team’s exit came his retirement from the ODI format. Tait then shifted his focus on being a T20 specialist.

The South Australian bowls out and out fast and has the great ability to reverse-swing the ball. With his “slingy” action, he is a tough bowler to play against. His old fashioned Yorkers and bouncers are a treat to the eyes.