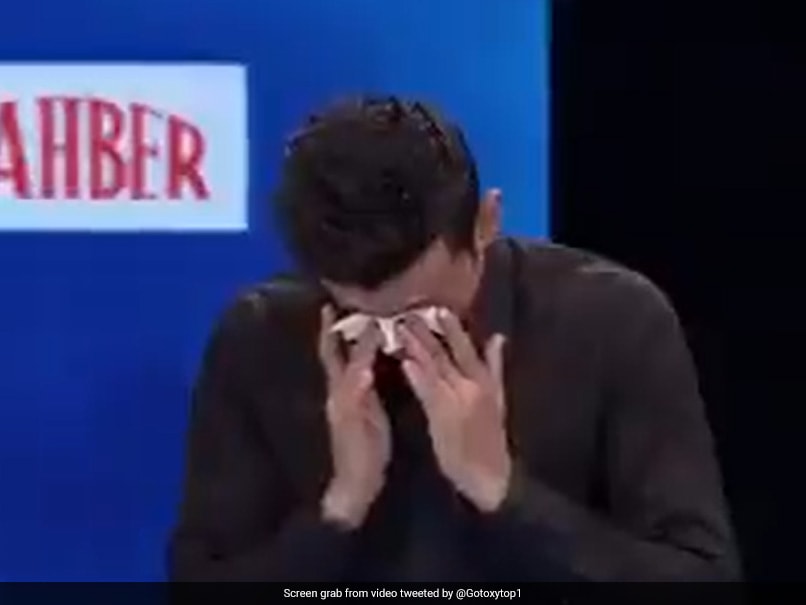 One of the best players to grace the cricketing world, Younis Khan is regarded as one of the modern-day batting greats. His masterful stroke-making abilities coupled with his composure and resistance on the pitch made him one of the toughest players to bowl against. His knack of converting his starts into huge scores was one that earned him plaudits from all around the world. His career was marred by setbacks and controversies too, which makes it even more admirable.

Regarded as a late bloomer, Younis Khan started plying his trade in the domestic circuit as he played for the United Bank Limited in the 1998/99 season when he was in his mid-20s. However, after that he quickly made the climb onto the international scene and started his career with a bang. Khan made his ODI debut in February 2000 against Sri Lanka. He played a quickfire 46-run innings on his debut but ended up on the losing side. On his Test debut later in the same month, Younis Khan made an even better impression as he scored a ton but even that innings went in vain as they lost against Sri Lanka again. Younis Khan was not able to string a consistent run of performances but was still able to keep his place after Pakistan's disastrous showing in the 2003 World Cup. However, he was soon dropped after that as his form showed no signs of improving.

It was finally in October 2004 that Younis Khan started to make his mark on the international stage as a consistent performer. In an otherwise disappointing series where Pakistan were whitewashed by Australia 3-0, Younis Khan emerged as the top run-getter for his team and this resulted in him being promoted to the vice-captain role in the Pakistan National setup. With Pakistan 1-0 down in the Test series against India, Younis Khan stepped up in the last match of the series to score a huge double hundred and helped his team emerge victorious and level things in the end. However, this period in life where he was becoming successful in the cricketing world, he had some major setbacks in his personal life. Younis' father died in 2005 and as a result, he had to fly back from Australia. That was followed by the death of his eldest brother in 2006, Mohammed Sharif Khan, who in Younis' words, taught him to play cricket.

Even with all these setbacks, Younis Khan was not deterred and kept on scoring runs and playing pivotal innings for Pakistan. In January 2007, he scored a match-winning unbeaten 67 in the 4th innings to guide Pakistan to victory over South Africa in Port Elizabeth. The five-wicket win levelled the series. Younis Khan became the fastest Pakistani in terms of innings to reach 4000 Test runs, behind Javed Miandad. For his performances in 2008, he was named in the World ODI XI by the ICC. In 2005, Younis Khan first skippered the Pakistan ODI team in the third ODI of the series against West Indies, where they won and clinched the series 3-0. After that, Younis Khan was offered the role of captaincy but he turned down the opportunity. Finally, in 2009, he accepted the leadership role and great success came along with it. Younis Khan scored 313 runs as captain, the highest individual score by a Pakistan skipper till date, thereby helping his team save the match. Controversies though kept on chasing Younis Khan and he resigned from the post of captaincy as he was alleged for match-fixing. Those allegations were proved false and after requests from the PCB, Younis Khan resumed his duties. Younis Khan led Pakistan to their victory in the 2009 ICC World Twenty20, which is a big feather in his cap.

In 2009, Younis Khan stepped down from the post of captain due to rumblings with the PCB. He was banned for the subsequent tours amid allegations that he caused fights which brought down the whole team during the tour of Australia in January. His ban was however overturned three months later in June 2010. Pakistan struggled to find a captain after him stepping down and his form also went on a downward spiral. In August 2010, news emerged that Younis Khan was associated with alleged match-fixer Mazhar Majeed, however, that also proved to be a false allegation later.

After all these events, Younis again picked up from where he left off and kept on scoring runs on a consistent rate. An unbeaten double-hundred against Zimbabwe in 2013 was selected as one of the best innings played that year. In 2015, Younis Khan played his 101st Test match against Sri Lanka. He played an impressive innings scoring an unbeaten 171 in the fourth innings of the game. For his performances in 2015, he was named in the World Test XI by the ICC. He finally called it a day on his playing career as he retired from all forms of international cricket at the conclusion of the series against the West Indies in May 2017.

Younis Khan's career has been eventful and he broke numerous records along the way as well. He is the first Pakistani to score 10000-plus runs in Test cricket and his 34 centuries are the highest number of Test centuries by a Pakistani. Numerous records fell in his way on the road in an illustrious career and he will be always remembered for his contribution for the Pakistan National Team.