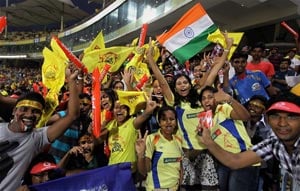 Jacob Oram is another immensely talented New Zealand player in the long list, whose career has been continuously hampered by various injuries. A tall all-rounder, Oram is an exciting cricketer to watch and has been an equally strong performer in all three aspects of the game.

A power-house batsman, the southpaw has the capability to smash the ball out of the ground. Considering his height, Oram is surprisingly an agile outfielder. He is predominantly a one-day player but has also done a fair job in Test cricket. A believer in entertaining the crowd, it is hard to take your eyes off when Oram is in action. He makes great use of his height and generates pace and bounce from the pitch at his will. Oram has the knack of picking wickets at the right time and is capable of clocking deliveries around 140 kph. He made an impact when he returned to the ODI and Test sides in 2002-03, after a foot injury; but was constantly in and out of the national team over the years. In the meanwhile, he gave some solid performances for his team with the bat as well as the ball that earned him quite a reputation. The injury scare eventually prompted his Test retirement in 2009, whilst continuing to play Twenty20 and ODI cricket.

Oram was an integral member of the Chennai Super Kings for the first couple of IPL editions. In 2011, he was signed by the Rajasthan Royals. The following year, he played in the inaugural Sri Lanka Premier League, representing the eventual winners Uva Next. As a result, he also became a part of the squad for the Champions League T20 later in 2012. Later that year, Oram was released from his central contract by New Zealand Cricket early after he expressed his decision to discontinue representing his country at the international level. However, the veteran cricketer was up for auction in the 2013 IPL, where he was bought by the Mumbai Indians.