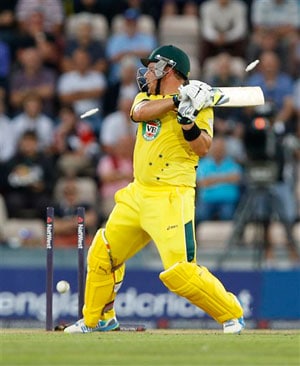 At 17, he became Surrey’s youngest debutant in 30 years to play county cricket, when he played against India A in 2003. Born in South Africa, Jade Dernbach struggled in his initial appearances that included his expensive bowling in the Twenty20 Cup of 2005.

The right-arm seamer emerged as Surrey’s leading wicket-taker in 2006, following which he led the county’s bowling attack and impressed with his performance in the Natwest Pro40. Dernbach was then included in ECB’s Fast Bowling Programme in 2009 in Florida, after which he arose as Surrey’s top championship wicket-taker with 37 wickets. He was also a part of the Performance squad during the 2010-11 Ashes winter. While he was representing the England Lions in the Caribbean, Dernbach was unexpectedly called up to the national team in the 2011 ICC Cricket World Cup to replace Ajmal Shahzad. However, he made his international debut only a few months later in a T20I against Sri Lanka at Bristol. ODI debut followed against the same opponent. Dernbach was named in England’s T20I squad for the 2012 World Twenty20.

Known for his rock star appearance and the possession of vast variations in his repertoire, Jade Dernbach was expected to become the superstar of the game but his career never took off. His form deteriorated with time and soon he was not an automatic selection even for his county team. Still, Jade will be remembered as one of the finest bowlers in List A for England - a bowler with varieties but the inability to choke the run-flow cost him dearly in international cricket.