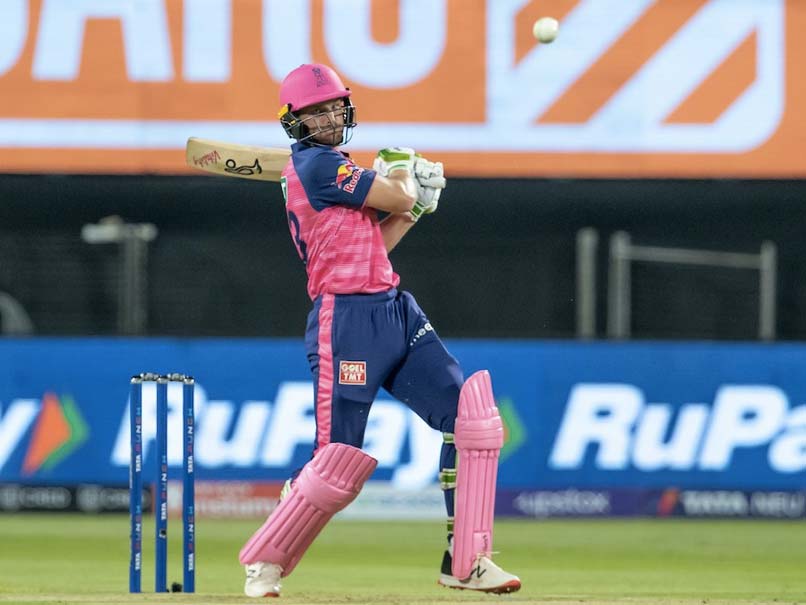 Jos Buttler rode his luck initially in Rajasthan Royals' first match in IPL 2022 against SunRisers Hyderabad as he scored 35 runs off 28 deliveries. Buttler innings was studded with three boundaries and three massive sixes, before he edged one off the bowling of Umran Malik.

Buttler could have perished in the very first over of the match as he was caught in the slips but Bhuvneshwar Kumar had overstepped and the Englishman survived as it was deemed a no ball.

During the course of his innings, Buttler went past the milestone of 2000 runs in the Indian Premier League in his 66th match.

Buttler has one century and 11 half-centuries in his kitty in the league.

He is the first English player to have reached this milestone in the IPL. Over the years, Buttler, along with Eoin Morgan and Ben Stokes have been the biggest players from England to have achieved some success in the IPL.

Buttler has been an integral part of the Rajasthan Royals team and was retained by the franchise. He would hope his performances could propel the team to their second title this season, having not won the league since winning the first season in 2008.

Jos Buttler IPL 2022 Cricket
Get the latest updates on ICC T20 Worldcup 2022, check out the Schedule and Live Score. Like us on Facebook or follow us on Twitter for more sports updates. You can also download the NDTV Cricket app for Android or iOS.