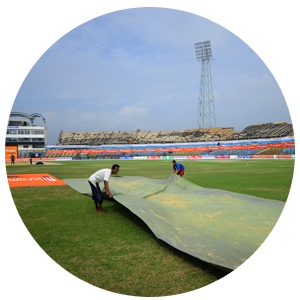 Formerly known as Bir Shrestha Shahid Ruhul Amin Stadium, Chittagong, it hosted its first test very recently - February 28-March 3 between the home team and Sri Lanka and the first ODI in the same year between Bangladesh and South Africa on February 26. Situated outside the city centre, the Chittagong Divisional Stadium was one of the five purpose-built cricket grounds established in the run-up to the 2004 Under-19 World Cup. It was finally granted full international status in January 2006. The stadium itself is an unremarkable concrete bowl set in acres of prime agricultural land, with a three-tier pavilion providing the focal point.