David Warner was named the skipper of the Winnipeg Hawks in absence of West Indies all-rounder Dwayne Bravo in Global T20 Canada League. 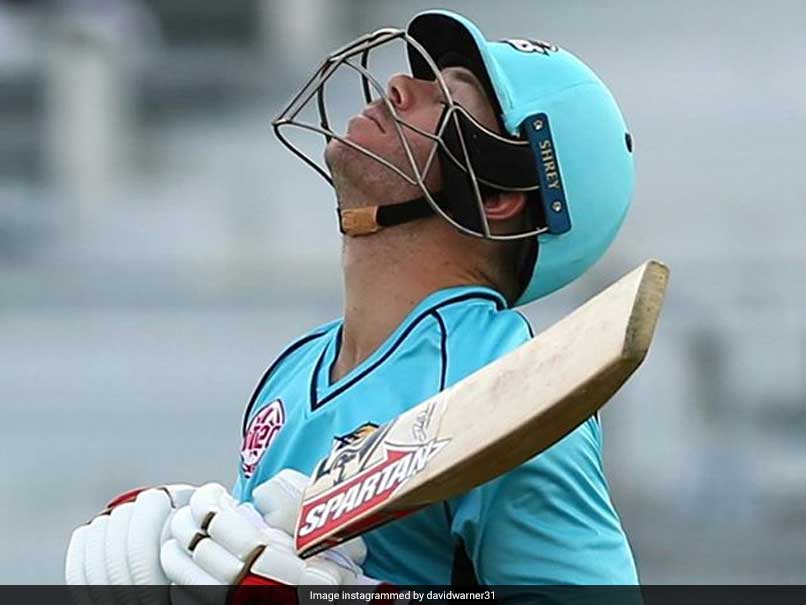 David Warner shared an emotional message with his fans after a poor run of scores.© Instagram

David Warner shared an emotional message with his fans after a poor run of scores on his comeback to cricket following the ball-tampering scandal in South Africa. The top-order batsman returned to the sport as part of the Winnipeg Hawks franchise in the Global T20 Canada league. The left-hander was banned for a year by Cricket Australia after he was found guilty and regarded as the 'chief plotter' in the sandpaper gate scandal. The 31-year-old Warner, who was recently announced the skipper of the Winnipeg Hawks in the absence of their first-choice captain and West Indies all-rounder Dwayne Bravo, failed to even get into double figures as he scored -- 1, 4, 1, and 6 in his last four innings. Meanwhile, the franchise is currently placed fourth after five outings in the six-team tournament.

A disappointed Warner took to Twitter and said, When things are just not going your way?? Whenever you find yourself doubting how far you can go, just remember how far you have come. "Remember everything you have faced, all the battles you have won, and all the fears you have overcome." Love it. #challenges #lifesabeauty #bringiton"

When things are just not going your way?? Whenever you find yourself doubting how far you can go, just remember how far you have come. "Remember everything you have faced, all the battles... https://t.co/76LhaRHSWi

Former Pakistan pace-legend Waqar Younis, who is also the coach of the Winnipeg, had heaped praise on Warner. "

He's going to be a good leader," he told BBC. "He's a team man. He's up front and he likes to give whatever his knowledge is. He's always there."

Previously, Warner has skippered the Australian T20I team and Indian Premier League side Sunrisers Hyderabad. The dashing southpaw helped Sunrisers win the 2016 edition of the IPL.

Meanwhile, Warner before making his return to the cricket said: "The tournament is about getting back into the rhythm of cricket again, making sure I'm putting my best foot forward in this tournament, making sure I'm putting 100 per cent effort all the time, giving advice to the guys who don't get an opportunity to play on a big stage, and just to compete. It's been a long three months for myself, thinking I won't be here (playing cricket). It's a good opportunity. I'm excited."

The former Australian opener admitted that the past three months were traumatic for him and his family but also asserted that he was looking forward to the future.