Speaking on his cricketing journey, David Warner recalled how former India batter Virender Sehwag was among the first to identify his potential in the longest format of the game 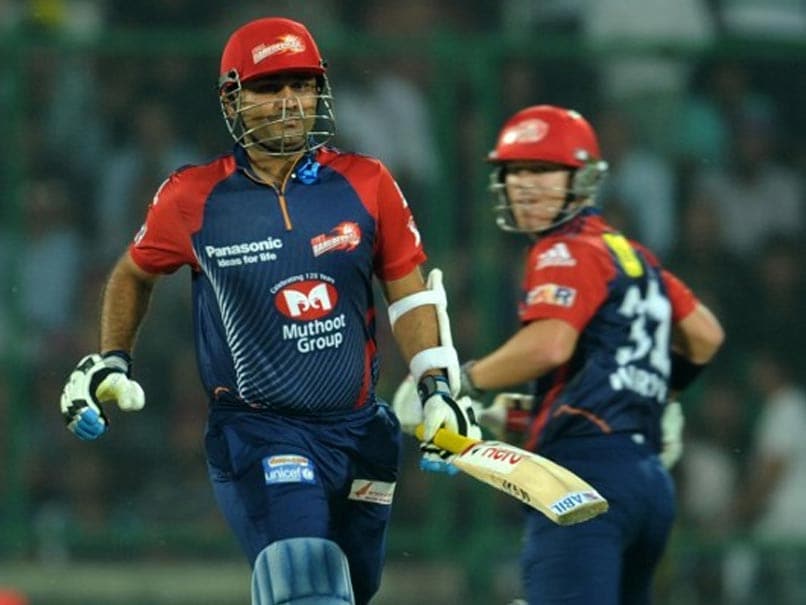 Star batter David Warner played a crucial role in Australia's T20 World Cup triumph last year, and is ready to spearhead their title defense at home when tournament kicks off next month. Warner has been one of mainstays in the Australian team, across formats, for almost a decade, but his debut in Test cricket came as a bit of a surprise to many as he had not played a first-class game before that. Notably, Warner was the first Australian cricketer in 132 years to make his Test debut before making his domestic first-class debut.

Speaking on his cricketing journey, Warner recalled how former India batter Virender Sehwag was among the first to identify his potential in the longest format of the game.

Having played under Sehwag's captaincy in the IPL, Warner revealed that he was surprised when the former India star told him that he could be a good Test player.

"When I went to Delhi, Sehwag watched me a couple of times and said to me, 'you'll be a better Test cricketer than what you will be a T20 player'," Warner told FoxSports.com.au.

"I basically looked at him and said, 'mate, I haven't even played a first-class game yet'. But he said, 'all the fielders are around the bat, if the ball is there in your zone you're still going to hit it. You're going to have ample opportunity to score runs. You've always got to respect the good ball, but you've always got to punish the ball you always punish'," he added.