PV Sindhu delivered a scintillating performance to overcome Olympic champion Carolina Marin 21-19, 21-16 and clinch the title at the $325,000 India Open Superseries on Sunday. 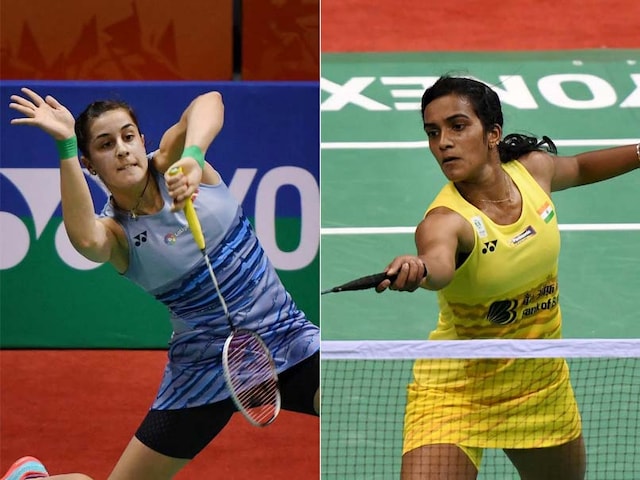 PV Sindhu and Carolina Marin meet for the 9th time when they face each other at India Open final.© AFP

PV Sindhu delivered a scintillating performance to overcome Olympic champion Carolina Marin 21-19, 21-16 and clinch the title at the $325,000 India Open Superseries on Sunday. This was the ninth time both the players met and Sindhu got the better off the reigning World champion.

Get the highlights of PV Sindhu vs Carolina Marin India Open 2017 final here.

19:32 IST: Thank you for joining in as we look forward to your company next time.

19:21 IST: Sindhu wants to change the shuttle but Marin says no. Indian leading 15-13 at the moment.

19:20 IST: Marin comes back and gets two back to back points. Reduces the deficit to three again.

19:18 IST: Clear five point advantage for the Indian. This is Sindhu's match to lose from here on.

19:15 IST: The Indian takes four point lead at the break.

19:11 IST: Marin gets the smash right and now just one point away from drawing level.

19:10 IST: Marin is not the one to give up so easily. Reduces the deficit to three at the moment.

19:09 IST: Marin is feeling the heat at the moment. Great support for Sindhu on her home turf.

19:08 IST: Wonderful use of the body smash again by Sindhu. Leading 5-2 in the second game.

19:07 IST: Marin gets her first point in the second game.

19:05 IST: Good start by Sindhu in the second game. Three back to back points for the Indian. 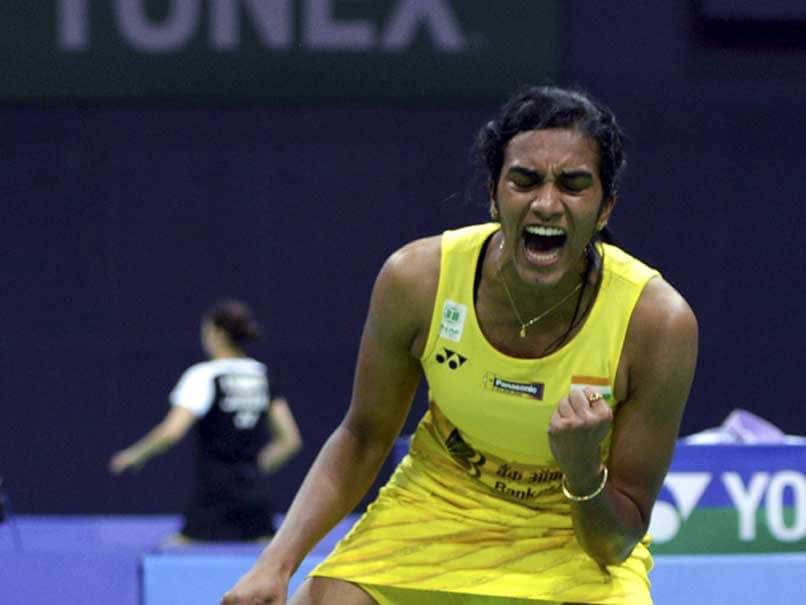 PV Sindhu was in her elements in the first game Photo Credit: PTI

19:01 IST: Pushes Marin back with the smash and a lovely drop shot to come on level terms by Sindhu.

18:59 IST: Another body smash from Sindhu and she takes the lead once again.

18:53 IST: Great rally and Sindhu gets the smash out right on time. The body smash gives her a point.

18:52 IST: Sindhu gets a point right after the break but Marin gets one back almost immediately.

18:49 IST: Sindhu went for the big powerful smash but fails to execute it properly. Gives away a point.

18:48 IST: Marin a bit defensive on the fore court and Sindhu taking full advantage of it. The Indian is leading 10-8 in the first game.

18:44 IST: Just as we speak Sindhu comes back with a winner.

18:43 IST: Marin slowly crawling back in the match. She has got three back to back points now.

18:42 IST: Marin comes back and gets a point after giving away six back to back points.

18:42 IST: This is a great start by Sindhu. She has taken four back to back points here.

18:40 IST: Marin draws first blood. Gets the first point of the match.

18:40 iST: Carolina Marin is the reigning World and Olympic champion.

18:38 IST: This is the ninth time these two would be playing against each other.

18:34 IST: Sindhu would be eyeing to take the early advantage in the match.

18:28 IST: This is the first time these two would be up against each other this year.

18:27 IST: Carolina Marin has the upper hand against PV Sindhu. Marin is leading 5-3 at the moment in the head to head encounters.

18:26 IST: We are about to get underway. Just a couple of minutes from the start.

After vanquishing compatriot Saina Nehwal in the quarter-final, Sindhu faced her toughest challenge in the form of Sung Ji Hyun. However, the Indian came out with flying colours, needing one hour and 16 minutes to move past the World No.4 to enter the summit clash.

After winning a closely contested first game, Sung found her feet in the second game to easily win several points and push the match into the decider.

However, Sindhu turned the tables on Sung in the third game and led from start to finish to book her berth in the final.

With the win, Sindhu extended her record to 7-4 against the South Korean. It was sweet revenge for the Hyderabadi, who lost their previous encounter in three games at the Dubai World Superseries Finals in December 2016.

Comments
Topics mentioned in this article
Live Blogs PV Sindhu Carolina Marin Badminton Live Score
Get the latest Cricket news, check out the India cricket schedule, Cricket live score . Like us on Facebook or follow us on Twitter for more sports updates. You can also download the NDTV Cricket app for Android or iOS.