Humphries wants to annul his marriage to Kim Kardashian

NBA player Kris Humphries asked a judge on Thursday to annul his 10-week, highly publicised marriage to Kim Kardashian on the basis that it was fraudulent. 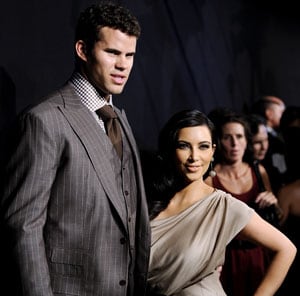 NBA player Kris Humphries asked a judge on Thursday to annul his 10-week, highly publicised marriage to Kim Kardashian on the basis that it was fraudulent.

The filing comes roughly a month after Kardashian filed for divorce and apologised to fans.

Humphries' petition did not offer any details to support his contention that the marriage was a fraud, which a judge would have to determine is true for the marriage to be completely nullified.

The couple signed a prenuptial agreement before marrying in a star-studded ceremony August 20 at an exclusive estate in California.

Kim Kardashian and Humphries began dating late last year and announced their engagement in May. He proposed on bended knee with a 20.5-carat ring by spelling out "Will you marry me?" in rose petals.

Kardashian filed for divorce October 31, citing irreconcilable differences. The actress-model is the star of the E! Entertainment Television series "Keeping Up with the Kardashians," and her marriage to Humphries was turned into a high-touted televised special.

Humphries is a free agent NBA forward who played last season for the New Jersey Nets. He is requesting that if an annulment isn't granted, the couple be deemed legally separated.

Humphries' marriage to Kardashian is his first; she was previously married to a music producer for four years.

Both Kardashian and Humphries are asking a judge to prevent either side from receiving spousal support, and Kardashian wants her husband to pay his own attorney's fees.

Comments
Topics mentioned in this article
NBA Kris Humphries
Get the latest Cricket news, check out the India cricket schedule, Cricket live score . Like us on Facebook or follow us on Twitter for more sports updates. You can also download the NDTV Cricket app for Android or iOS.