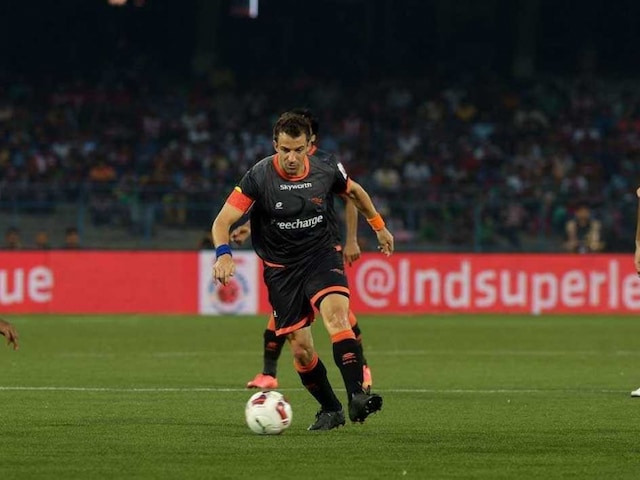 Del Piero, who was substituted by Brazilian recruit Gustavo Santos towards the fag end of the match, was given a warning by the referee Santosh Kumar in the sixth minute for diving following a challenge by Jofre inside the hosts' circle.

"There was frustration for Del Piero. I think that was really a penalty and we did not get it. After that we had a clean shot from Shylo on the ball," the Dutch-Belgian coach told reporters after their 1-1 draw against ATK in their second ISL fixture here.

He further said that the referee was under pressure and that he had already sounded an alert to his boys but it's nothing they could do about it.

Asked whether he was happy with the refereeing, he said: "Not at all. There were strange situations, sometimes you have to live with that. Everybody saw that it was a penalty.

"I've said the pressure was coming on the referee. I told the players that be careful with the penalty against us. The referee sometime was very nervous. That was coming true but you have to react. But you can only talk about it. I hope the next time the referee makes a mistake and we have the penalty.

"We were here to play football but we are bit unlucky. I think we were better with the combination. We are very disappointed that the penalty was against us early into the match," he said.

Comments
Topics mentioned in this article
Alessandro Del Piero Delhi Dynamos FC Atletico de Kolkata Indian Super League Football
Get the latest Cricket news, check out the India cricket schedule, Cricket live score . Like us on Facebook or follow us on Twitter for more sports updates. You can also download the NDTV Cricket app for Android or iOS.