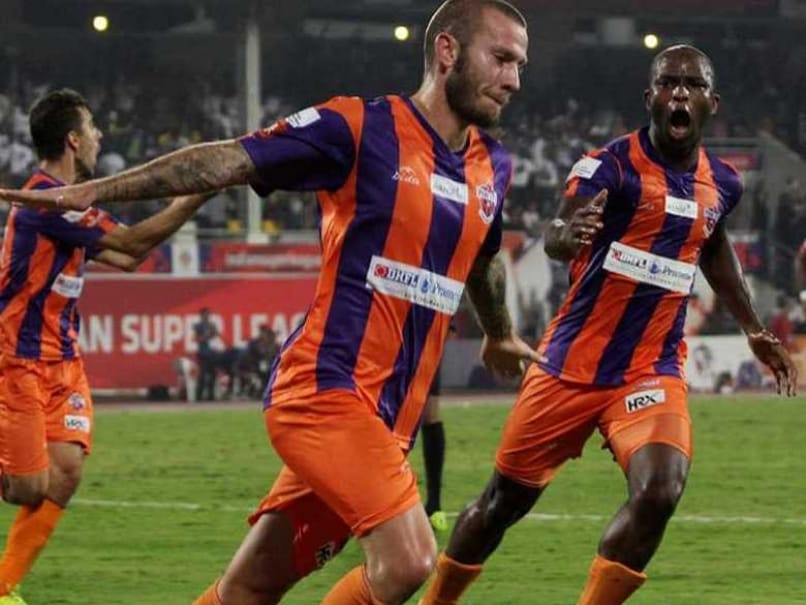 The spectators are streaming in, the foreign players are sparkling on the pitch and the organizers are striking the right notes.

But while the new eight-team league featuring big names like Nicolas Anelka, Alessandro Del Piero, Robert Pires and Luis Garcia has lifted the game to a level not seen here before, some football observers wonder whether it will be enough to help grow the sport in the long run.

The league, which began in October and finishes in December, has big money and sponsors behind it - it was organized by IMG-Reliance in collaboration with Rupert Murdoch's Star India group and the All India Football Federation.

And interest among fans has been high through the first half of the tournament, with attendance averaging 22,639 per match, the highest for a football league in Asia and fifth-highest globally after the Bundesliga, English Premier League, La Liga and Serie A.

"Indian football has never been packaged so well before," said Sukhvinder Singh, managing director of the football marketing consultancy Libero Sports. "It's reached even people who do not follow football and some 70 million watched it on the first day. I feel it's already the second best sports property here after cricket's Indian Premier League."

Part of the reason for its success has been the use of cricketers like Sachin Tendulkar and Mahendra Singh Dhoni, as well as a handful of Indian film stars, to market the league across the country.

But despite the added glamour, some critics believe Indian football will not benefit greatly if the country's top domestic league, the I-League, is left to rot.

Brazilian great Zico, who helped lead the transformation of domestic football in Japan, said the existence of two separate leagues could be an impediment to the sport's growth.

"In Japan, the difference was that everyone was playing in one league only and not two leagues like in India," said Zico, who is coaching the Goa club in the ISL. "Here, some of the very good players are not playing in ISL."

Top football officials such as FIFA Secretary Jerome Valcke and AIFF President Praful Patel insist the I-League remains India's only league and the ISL is merely a tournament.

Narinder K. Bhatiafears, vice president of the Delhi Soccer Association, however, fears that a clash of systems could negatively impact the game in the long run.

"State associations are being sidelined. I fear the football culture will suffer rather than improve as even the present feeder system will collapse," he said. "On the one hand, people are getting to watch the likes of players like Messi on television, and on the other these semi-retired players.

Do you think people will become fans of these players? They'll forget our own players and past stars."

Singh, too, is in favor of having just one league in the country.

"We have resourceful companies backing teams in either league and I would love to see them combined and play a six-to-eight month league," he said.

"I would ideally like a situation where everyone is working toward improving the grassroots and instilling club culture."

Indian football journalist and author Mohammad Aminul Islam also doubts the new league will successfully raise the standard of football in India because it's dominated by foreign stars and in his opinion, the quality of the matches has so far been mediocre.

Brazilian midfielder Blumer is the leading scorer so far with eight goals, while players like Anelka and Del Piero continually dribble past Indian players with ease, despite being past their prime.

"The ISL should have only one or two active marquee players in each team instead of several over-the-hill stars," Islam said.

As for the fans, many are happy to shell out 200 rupees (about $3) for the spectacle, even if the level of play isn't so great.

"It's only a matter of getting a feel of watching a football match live rather than cricket."