Development of youth players will be the main focus of the partnership between Borussia Dortmund and Hyderabad FC. 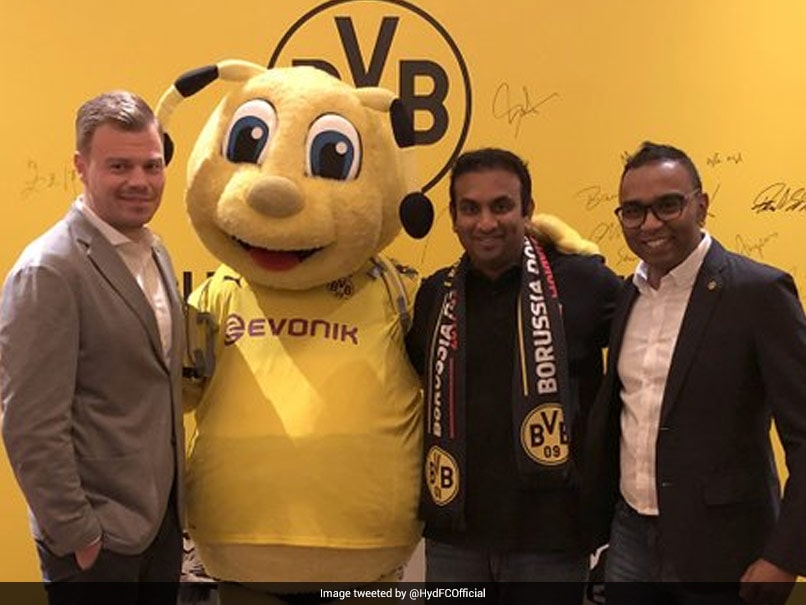 Hyderabad FC and Borussia Dortmund have the option to extend the partnership up to 2025.© Twitter

Borussia Dortmund, who finished runners-up in the Bundesliga this season, are known for developing exciting youth prospects.

"I am delighted to announce this partnership with HFC, which comes at a quite challenging time for all of us during this Covid-19 pandemic, as this partnership shows that sports and particularly football can unites people from all over the world and I'm grateful for the trust that the board of HFC has in us," said BVB Managing Director Carsten Cramer.

"We're extremely delighted and honored to partner Borussia Dortmund, one of the biggest clubs in the world," Hyderabad FC co-owner Varun Tripuraneni was quoted as saying in the release.

"This partnership is an historic one for Indian football and start of a new era at HFC. We at Hyderabad, are committed to developing the football ecosystem in the region and our association with BVB will go a long way in helping us achieve success both on and off the pitch," he said.

The next season of the ISL is scheduled to be held from November 2020 to March 2021, with all games to be played behind closed doors due to the coronavirus pandemic.