ISL: FC Goa Come From Behind To Draw 1-1 Against ATK Mohun Bagan

ISL: A late equaliser by Ishan Pandita locked out a 1-1 draw between FC Goa and ATK Mohun Bagan in the ISL at the Fatorda Stadium on Sunday. 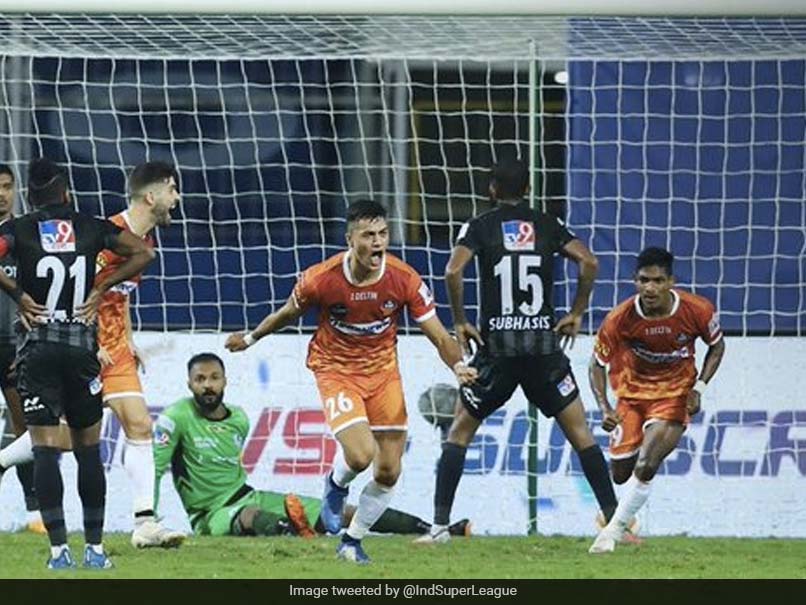 A late equaliser by youngster Ishan Pandita locked out a fitting 1-1 draw between FC Goa and ATK Mohun Bagan in the Indian Super League (ISL) at the Fatorda Stadium on Sunday. Substitute Pandita's goal came in the 85th minute after a 75th-minute free-kick from Edu Garcia had put ATKMB ahead. Co-incidentally Pandita had similar fortunes as this when he scored the winner for Goa against Hyderabad coming on as a substitute. Both teams played out an exciting and evenly fought match which witnessed both teams ride on near goals, trading missed opportunities.

The first half played itself out in predictable terms. Goa dominated possession -- they had 62 percent of the ball in that period -- and sprayed passes around the pitch while ATKMB maintained their shape, and ensured their opponents were restricted to mostly hopeful shots from outside the box. But that was not to say that neither team had clear-cut chances -- both of them managed to find the crossbar in the opening half.

ATKMB went close in the 27th minute off a corner by Garcia. His delivery was headed into the ground by Subasish Bose. The ball bounced up and looped over Goa keeper Naveen Kumar's head. Unfortunately for ATKMB, it struck the crossbar and bounced back into play.

Goa returned the favour just four minutes later when Seriton Fernandes and Alberto Noguera played a quick one-two, before sending the former free on the right flank. Seriton looked to square the ball but was unable to find a teammate in the area. That second of hesitation allowed Sandesh Jhingan to get a foot to Seriton's hopeful ball, but the deflection took it over ATKMB keeper Arindam Bhattacharja and on to the crossbar.

Goa started looking more threatening as the first half approached its conclusion. In the 36th minute, Bhattacharja was called into action, to stop a Saviour Gama shot. ATKMB successfully held fort as the first-half finished goalless.

Goa nearly scored soon after the restart. In the 50th minute, Seriton ran free down the right and looped a cross into the box, that eluded everyone. The ball crashed into the inside of the upright but somehow managed to not go in. Six minutes later, Bhattacharja was alerted again to save a deflected shot from Brandon Fernandes.

It was Juan Ferrando's men who were running the show after halftime, but then, totally against the run of play, ATKMB found a goal. Roy Krishna was fouled by James Donachie just outside the box. ATKMB has always been threatening from set-pieces this season and this time was no different. Garcia stepped up and powered one into the right-hand corner of the net.

When ATKMB score a late goal, it's usually the winner, but this time, there was a twist in the tale. With just minutes left on the clock, Pandita diverted it into the net from a corner to drag his team level.

Hyderabad FC Football
Get the latest updates on ICC T20 Worldcup 2022, check out the Schedule and Live Score. Like us on Facebook or follow us on Twitter for more sports updates. You can also download the NDTV Cricket app for Android or iOS.