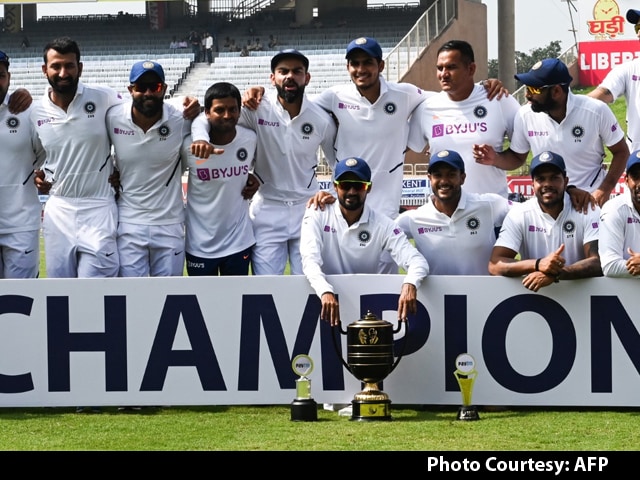 South Africa's tour of India came to an end with the hosts sweeping the Test series 3-0. The tour saw the T20Is series in September end in a draw as both teams won one game each after the first match was washed out. In the Test series, India outplayed their opposition in all departments, winning all three matches quite convincingly. India won the first match in Vizag by 203 runs and followed it up with an inning and 137-run victory in Pune. India wrapped the series in Ranchi by registering their biggest Test win over South Africa, by an inning and 202 runs. India collected all 120 points up for grabs in the World Test Championship and maintained their perfect record.

Ndtv Sports 0:32
Why Kohli Laughed When Asked About Ganguly Seeking Clarity On Dhoni

Kipchoge's Spirit Will Be On Delhi Tracks