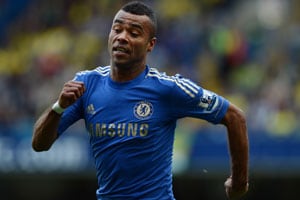 The 33-year-old Ashley Cole was a free agent after his Chelsea contract expired, having been restricted to 17 Premier League appearances last season. 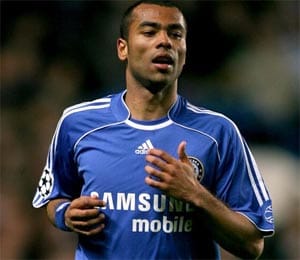 Ashley Cole was photographed at the London venue where the Arsenal squad were celebrating with a fancy dress party. And with Cole and his team-mates due to face the Gunners at the Emirates Stadium just a few days later, the incident inevitably raised eyebows.

Jose Mourinho Mourinho has recalled Ashley Cole for Wednesday's Champions League clash against Steaua Bucharest, the left-back set to make his first start since November 2 when he lost his place to Cesar Azpilicueta.

Back at the London club after a six-year absence, Mourinho has spoken of his desire to leave a lasting legacy at Stamford Bridge.

Friday's 4-1 home win over Montenegro means that if England beat Poland they will remain top of European zone Group H and qualify for next year's World Cup finals in Brazil.

World Cup qualifiers: England vs Montenegro in night of nerves

England's victory at Wembley Stadium will preserve their place at the top of Group H ahead of next week's final game at home to Poland but anything less could dash their hopes of qualifying automatically.

The 32-year-old was replaced by Eden Hazard in the 75th minute of Chelsea's 3-1 win at Norwich City in the Premier League and was seen holding his side in apparent discomfort.

Frank Lampard quickly cancelled out Shane Long's early opener for the visitors at Wembley Stadium, and the lack of further goals meant the score between the sides finished 1-1.

England named Ashley Cole as captain for a friendly international against the Republic of Ireland, but the left-back refused to talk to media at the team's St Albans hotel north of London.

With Arsenal not in action until they host FA Cup finalists Wigan Athletic on Tuesday, Spurs can move into the top four by winning at Stoke City on Sunday, 24 hours after Chelsea visit Aston Villa.

Meanwhile, Wigan's survival hopes suffered a further blow after Tottenham's late equaliser when boss Roberto Martinez revealed that defender Maynor Figueroa is set to miss the rest of the season, including the FA Cup final against Manchester City on May 11, after sustaining a groin problem that forced him to be stretched off in the first half.

Villas-Boas has been handed a fitness boost as England winger Aaron Lennon is ready to return from a knee problem. Jermain Defoe could start after returning from a pelvic injury last weekend, coming off the bench and scoring in the victory over Manchester City.

In the end, the only sour note for the visitors was a yellow card for Ashley Cole that rules him out of the second leg, although Basel will also be without centre-back Aleksandar Dragovic for the same reason.

FA Cup glory in sight for Chelsea and Manchester City

City go into the game buoyed by their 2-1 victory at derby rivals United in the Premier League on Monday, although the leaders' advantage remains an imposing 12 points. Improbably, Sunday's game represents the first encounter between the teams in the FA Cup since 1971, when City prevailed 3-0 in a fourth-round tie at Stamford Bridge.

Benitez is convinced the battle will be decided by Chelsea's clash with Tottenham at Stamford Bridge, which is still to be rearranged after being postponed this weekend as a result of the Blues' FA Cup semi-final against Manchester City.

The allegations centred on a chant by a section of the England crowd that suggested the Ferdinand brothers should be burned on a bonfire. It has been suggested the song had racist overtones because QPR defender Anton Ferdinand was the target of racist abuse from Chelsea's former England captain John Terry last season.

Chelsea's Ashley Cole out for 'at least two weeks' - Benitez

Cole pulled up mid-way through the first half of the quarter-final replay at Stamford Bridge and was replaced by Ryan Bertrand after hobbling off.