Liverpool remain 22 points clear and well on course for a first league title in 30 years. 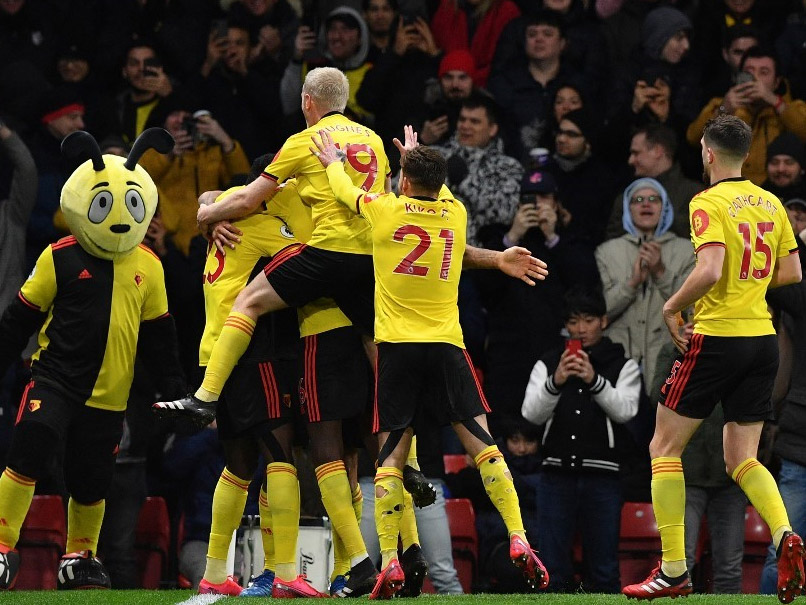 Liverpool's unbeaten season in the Premier League was ended in spectacular fashion as Ismaila Sarr's double moved Watford out of the relegation zone with a 3-0 win at Vicarage Road. The comprehensive scoreline helped the Hornets edge ahead of Bournemouth, who held Chelsea to a 2-2 draw, while West Ham also boosted their chances of survival with a 3-1 win over Southampton on Saturday.

Liverpool remain 22 points clear and well on course for a first league title in 30 years.

But their hopes of doing so by matching Arsenal's invincible season in 2003/04 were ended by an inspired display by Watford.

"You have to accept it, it's not so easy, but it's the proof we were not good enough tonight," said Liverpool boss Jurgen Klopp after his team's 44-game run without defeat in the league came to a crashing end.

Sarr struck twice in six minutes early in the second half before the Senegalese turned provider for Troy Deeney to wrap up a famous win.

"Ismaila Sarr is an unbelievable player, unbelievable talent. He still has a lot to learn, and will continue to learn, but I think it's a full team performance," said a proud Watford captain Deeney.

Bournemouth were also victims of Liverpool's collapse as they fall into the bottom three after failing to hold out for victory against Chelsea.

Two goals in three minutes from Jefferson Lerma and Josh King turned the game around and inflicted another blow to Chelsea's chances of holding onto their place in the top four.

However, Frank Lampard's men have now won just five of their last 16 league games and could see their lead over fifth-placed Manchester United cut to just a point if the Red Devils win at Everton on Sunday.

"We had a bad 10-minute spell where they scored and that I don't like. I'm pleased with the character to get a draw but we should win the game," said Lampard.

"People talk about the defence but if you are 1-0 up and leave teams in the game then one set piece can change the game.

"We should score more goals and then we don't have that problem."

West Ham moved out of the bottom three with a first league win since New Year's Day.

David Moyes handed Jarrod Bowen his first start since a £20 million move from Hull on deadline day in January and he made a huge impact with a fine finish to open the scoring.

"I think that's the way it went in my dreams last night!" Bowen said. "We held on and got the three points which is really important."

The hosts' lead did not last long as Michael Obafemi quickly levelled for Southampton.

But the Hammers responded well to that blow as Sebastien Haller restored their lead five minutes before half-time and Michail Antonio added a third early in the second half.

Newcastle remain without a goal in four games, but edged seven points clear of the drop zone with a 0-0 draw at home to Burnley.

Brighton remain the only side in England without a league win in 2020 as Jordan Ayew scored the only goal in a 1-0 win for Crystal Palace at the Amex.