UK police officer Benjamin Monk was cleared of murdering Dalian Atkinson but convicted of manslaughter after a six-week trial. 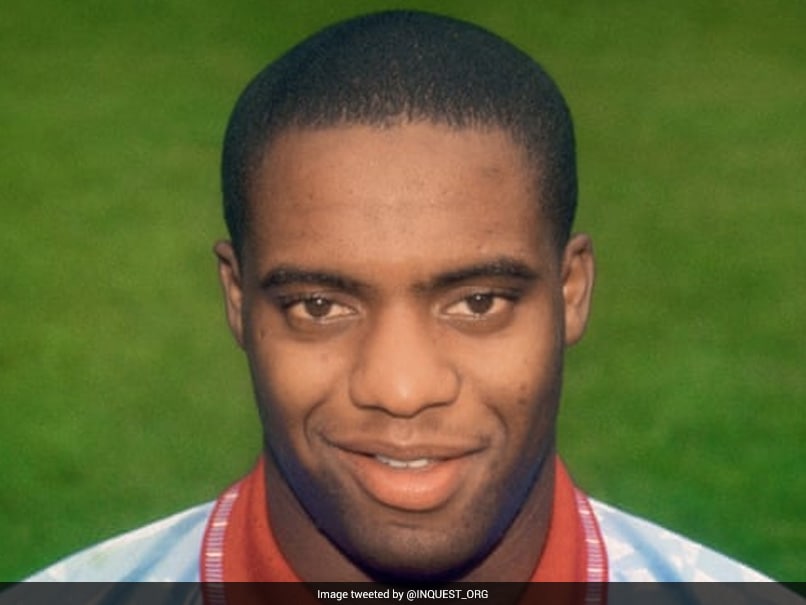 Dalian Atkinson was Tasered thrice before being kicked in the head by police officers.© Twitter

A British police officer was jailed for eight years on Wednesday for killing the former Premier League footballer Dalian Atkinson. Benjamin Monk, 43, was cleared of murdering the former Aston Villa, Sheffield Wednesday and Ipswich Town forward but convicted of manslaughter after a six-week trial. The officer discharged his Taser three times at Atkinson, 48, including once for 33 seconds, and kicked him in the head twice. Judge Melbourne Inman told Monk: "You have let yourself and the force down... The police play a central and important role in upholding the rule of law in our society.

"The sentence must reflect the important of maintaining public confidence in our police."

Monk will have to serve two-thirds of his sentence before becoming eligible for release on licence, the judge said.

The conviction was the first of a serving police officer for either murder or manslaughter since 1986, according to INQUEST, which campaigns against deaths in custody.

It has also focused attention on the use of the stun weapons, as government data showed police in England and Wales used them eight times more on black people than white.

INQUEST director Deborah Coles said the death of Atkinson, who was black, was not an isolated case "but part of a systemic problem".

"For decades, black men, particularly those in mental health crisis, have disproportionately died following use of force by police," she said.

The National Police Chiefs' Council defended the equipping of frontline officers with the device, and has said guidelines for their use were "robust".

But NPCC lead for less lethal weapons Louise D'Orsi said a review was under way about the disproportionate use of Tasers against black people.

Atkinson's heart stopped and he died in hospital about an hour after being Tasered when police were called to his father's home in Telford, north of Birmingham, on August 15, 2016.

The footballer's family said after the conviction that he was "vulnerable and unwell and needed medical attention" on the night he died.

"He instead received violence and died with PC Monk's bootlace prints bruised onto his forehead," they said after the conviction.

Monk, who the court heard had previously been found guilty of gross misconduct but had kept his job, had denied murder and manslaughter, arguing that his use of force was reasonable.

Imprints of his bootlaces were found on Atkinson's head but he said he could not remember the number of kicks he delivered, instead recalling only one aimed at his shoulder.

Monk's force, West Mercia Police, has apologised to Atkinson's family, and said the officer would now be subjected to fast-track disciplinary proceedings.

A jury was discharged after failing to reach a verdict on Monk's colleague, Mary Ellen Bettley-Smith, on a charge of assaulting Atkinson.

Aston Villa Dalian Atkinson Football
Get the latest updates on Fifa Worldcup 2022 and check out  Fifa World Cup Schedule, Stats and Live Cricket Score. Like us on Facebook or follow us on Twitter for more sports updates. You can also download the NDTV Cricket app for Android or iOS.