Midfielder Samir Nasri has committed his future to Manchester City until 2019. 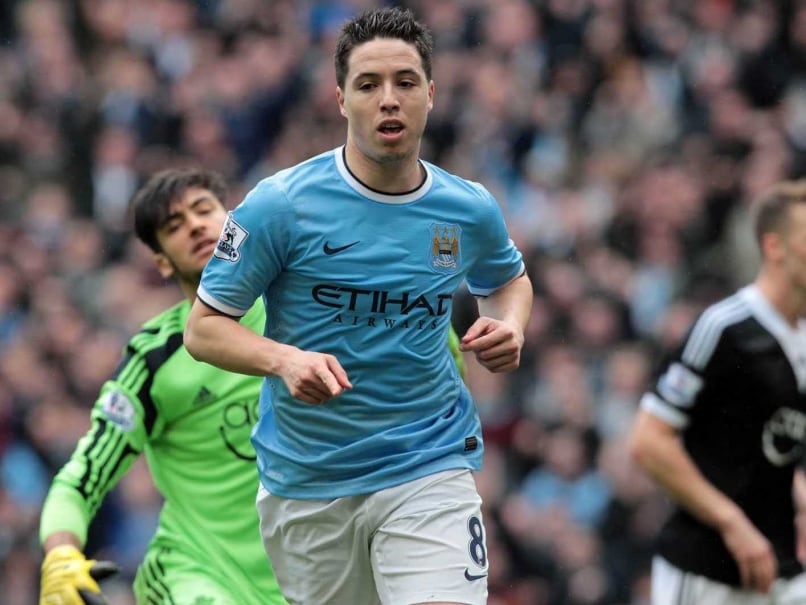 Nasri, who joined City from Arsenal in 2011, has played 129 games for City, scoring 22 goals including 11 last season.© AFP
Manchester:

The 27-year-old has committed his future to the club until 2019 after his best season with the club under Manuel Pellegrini, when he scored 11 goals.

"I'm really happy to have signed this contract and to have committed my future with City," Nasri said on the club's website.

Nasri, who joined City from Arsenal in 2011, has played 129 games for City, scoring 22 goals including 11 last season.

He scored the opening goal in the final day title-clincher against West Ham last May and also found the net in the 3-1 League Cup final win over Sunderland.

In his three years at City he has won two Premier League titles and the League Cup.

"It's exactly what I wanted when I joined this club and I am very happy that I found an agreement and I hope that we can continue to win titles," he said.

"I'm 27 now and if you listen to some of the best managers in the game, they say that a midfield player's best years are between 27 and 30 so I hope that I will give my best years to City.

"It took me time to adjust to living in Manchester because when you move here from London, it is a big change, but last year everything was perfect - I enjoyed my football and I love living in Manchester, feel very settled and I think that showed on the pitch.

"That's why I've agreed this new contract - because I feel very much at home.

"Now I'm looking forward to the new season and to defending our title again."

Comments
Topics mentioned in this article
Samir Nasri Manchester City English Premier League Football
Get the latest updates on ICC Women's Cricket World Cup 2022 and IPL 2022, check out the Schedule , Live Score and IPL Points Table. Like us on Facebook or follow us on Twitter for more sports updates. You can also download the NDTV Cricket app for Android or iOS.