Aaron Lennon was on target after 23 minutes while Ross Barkley tucked away two late penalties although Everton should have won more comfortably against Newcastle United, being denied by the woodwork three times in six second-half minutes. 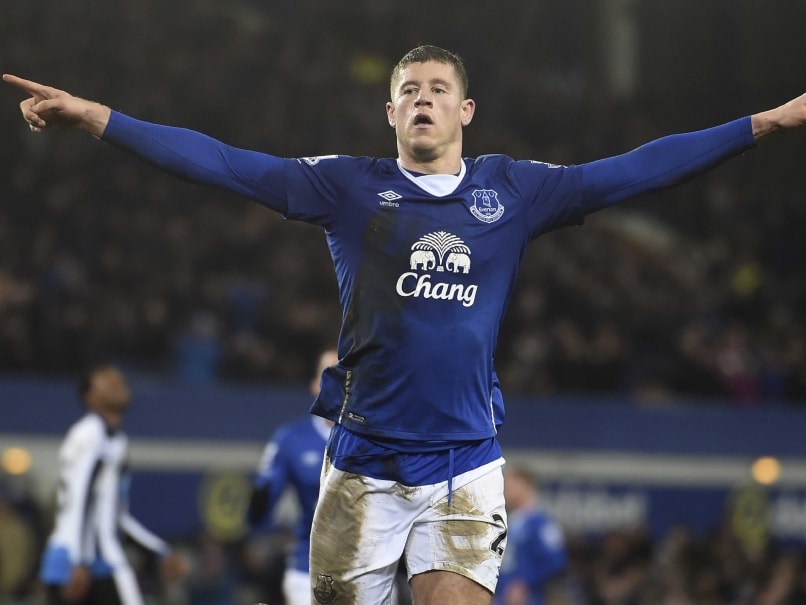 Everton defeated Newcastle 3-0 on Wednesday for their first home win in the Premier League since November as the struggling Magpies were left inside the relegation zone. (Everton Beat Carlisle 3-0 to Advance to Last 16 of FA Cup)

Aaron Lennon was on target after 23 minutes while Ross Barkley tucked away two late penalties although Everton should have won more comfortably, being denied by the woodwork three times in six second-half minutes. (De Bruyne Stars As Manchester City Defeat Everton)

Everton left out goalkeeper Tim Howard as well as below-par defender John Stones while their 13.5 million pounds signing from Lokomotiv Moscow, Oumar Niasse, was introduced before the the kick-off.

Everton were quickly into top gear and had the first chance early on as Barkley found Romelu Lukaku who in turn laid the ball off to Tom Cleverly.

The home side were deservedly ahead after 23 minutes when Lennon collected the ball on the edge of the penalty area, turned and drove it low into the goal.

Barkley then tried a cheeky lob after Elliot had ill-advisedly darted from his area to try and head the ball away but the England midfielder's attempt was too high.

Lennon almost had a second three minutes before the interval but his close-range effort, from a cross by Seamus Coleman, was blocked by Chancel Mbemba.

That was Mbemba's last involvement of the evening as he picked up a foot injury and was replaced by Jamaal Lascelles.

Newcastle's best chance of the first half only came in time added-on when Joel Robles had to be alert to smother a Daryl Janmaat cross with Ayoze Perez hovering.

Lukaku, suffering from a back problem, was taken off at the break and his replacement Arouna Kone should have scored from close range after Lennon had been denied by an Elliot save.

Elliot then pushed a Barkley drive onto the crossbar while the woodwork also saved the visitors when Jonjo Shelvey blocked another attempt onto the bar.

Incredibly, Cleverley also saw a free-kick come off the upright.

At the other end, substitute Aleksandar Mitrovic volleyed a cross from Moussa Sissoko wide of the target.

Everton sealed their win when Lennon was upended by Rolando Aarons in the 88th minute, allowing Barkley to tuck away the penalty.

The England midfielder added another penalty in injury time when he was chopped down by Lascelles who was red-carded for his troubles.

Comments
Topics mentioned in this article
Everton Newcastle United Ross Barkley Aaron Lennon John Stones Romelu Lukaku Football English Premier League
Get the latest updates on India vs England Series, India vs England , live score and IPL 2021 Auction . Like us on Facebook or follow us on Twitter for more sports updates. You can also download the NDTV Cricket app for Android or iOS.