Former England international Dyer, 34, scored in a 1-1 draw with top-flight rivals West Bromwich Albion in the FA Cup on Saturday. 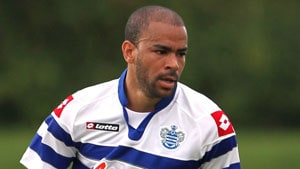 Premier League basement club Queens Park Rangers have released injury-prone Kieron Dyer just days after the midfielder scored his first goal for the London side, it was announced Tuesday.

Former England international Dyer, 34, scored in a 1-1 draw with top-flight rivals West Bromwich Albion in the FA Cup on Saturday.

But that was just his eighth appearances for QPR following his release by fellow London club West Ham in July 2011.

"I'd like to thank Kieron for his services to QPR," manager Harry Redknapp told the club's official website, qpr.co.uk.

"If he can stay clear of injuries I'm sure there's clubs out there that will offer him the chance to play football. He wasn't in my plans and I think he's got something to offer someone, so we wish him all the best."

Comments
Topics mentioned in this article
Football Manchester City Queens Park Rangers Mark Hughes Alex Ferguson English Premier League
Get the latest updates on ICC T20 Worldcup 2022 and CWG 2022 check out the Schedule, Live Score and Medals Tally. Like us on Facebook or follow us on Twitter for more sports updates. You can also download the NDTV Cricket app for Android or iOS.