Premier League: Manchester United, revived by their European escape act, face a stern test against bitter rivals Liverpool in a crucial clash in the Premier League title race this weekend. 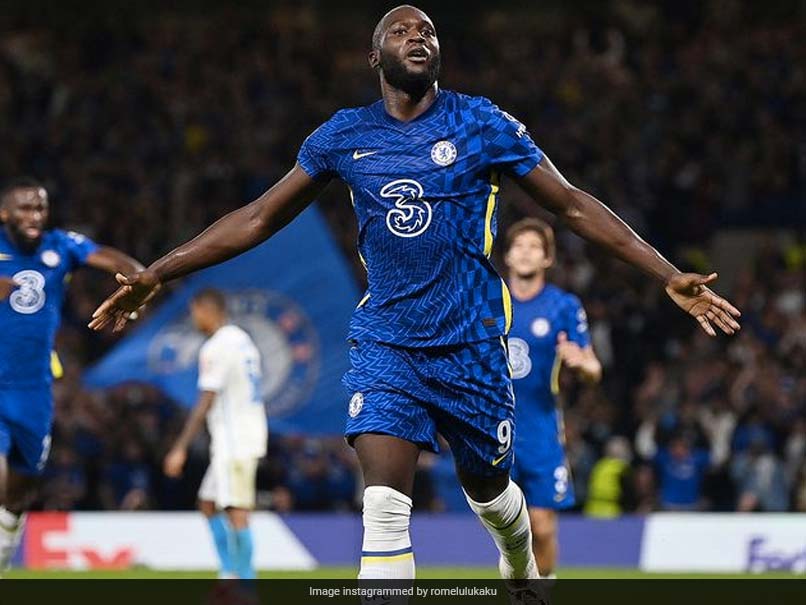 PL: Belgium striker Romelu Lukaku limped out of the midweek win vs Malmo with an ankle problem.© Instagram

Manchester United, revived by their European escape act, face a stern test against bitter rivals Liverpool in a crucial clash in the Premier League title race this weekend. Rocked by injuries to Romelu Lukaku and Timo Werner, Chelsea need their understudies to rise to the challenge when the leaders host Norwich. After Steve Bruce's exit this week, Newcastle head to Crystal Palace searching for a first win since the club's blockbuster takeover. Pogba hails Man Utd's character: On the brink of a disastrous Champions League defeat against Atalanta on Wednesday, Manchester United staged a rousing fightback to ease the pressure on boss Ole Gunnar Solskjaer.

United's recovery from two goals down was capped by Cristiano Ronaldo's winner, ensuring they avoided a fifth defeat in eight matches.

But the joy and relief that poured from the Old Trafford stands after that 3-2 victory will turn back to the jeers and angst of earlier in the match if United crash against old foes Liverpool on Sunday.

United are already four points behind second-placed Liverpool after failing to win their last three league games and another slip against Jurgen Klopp's in-form side would be a major blow to their bid for a first English title since 2013.

Days after admitting United were shooting themselves in the foot by conceding "stupid" goals, France midfielder Paul Pogba believes his team's stirring revival against Atalanta bodes well for the rest of the season.

"We showed big character, the character of this team, of this club," Pogba said.

"It was a very good result even if we didn't start well. At the end we got the result that we wanted. You could feel the belief and the positive energy just on the pitch," he added.

Liverpool pose a serious threat to United's upbeat mood and they travel to Manchester having scored three or more goals in seven away matches in all competitions this term.

They are unbeaten since April, a sequence of 21 matches which is their longest run since going 24 unbeaten from January to May 1989.

Spanish champions Atletico Madrid were vanquished on Tuesday, yet Klopp doesn't believe Liverpool are at their best yet.

"We are not that confident, to be honest. We know our struggles, we know our problems but we try to ignore them very often," he said.

Tuchel urges understudies to step up

Chelsea manager Thomas Tuchel will hope his rallying cry to Kai Havertz and Callum Hudson-Odoi has the desired effect after damaging injuries to Romelu Lukaku and Timo Werner.

Tuchel expects the pair to miss several matches, so the spotlight will be on Havertz and Hudson-Odoi when winless Norwich arrive at Stamford Bridge.

The pair combined well to create a goal for Havertz against Malmo and Tuchel said, "It's always necessary to prove it for our players, so I would say to them, prove a point now. Everybody is invited to join the race for minutes on the pitch. And when they have minutes they need to show the hunger, to be decisive in the box."

There's never a dull moment in the Newcastle soap opera and, while this week's latest plot twist -- the inevitable dismissal of beleaguered boss Steve Bruce -- was hardly a cliffhanger moment, the Magpies remain must-see TV at present.

Bruce departed by "mutual consent" after the 1,000th match of his managerial career -- Newcastle's first under their new owners -- ended in a 3-2 defeat against Tottenham last weekend.

Newcastle, now among the world's richest clubs after a takeover backed by Saudi Arabia's Public Investment Fund, are languishing second bottom of the table and are still without a win this season.

Former Roma boss Paulo Fonseca has reportedly held talks with Newcastle, while a host of other high-profile names have also been linked.

For now, Newcastle desperately need a victory to kick-start their fight to avoid what would be a catastrophic relegation.

Romelu Lukaku
Get the latest updates on IND vs NZ 2021, check out the Schedule and Live Score . Like us on Facebook or follow us on Twitter for more sports updates. You can also download the NDTV Cricket app for Android or iOS.